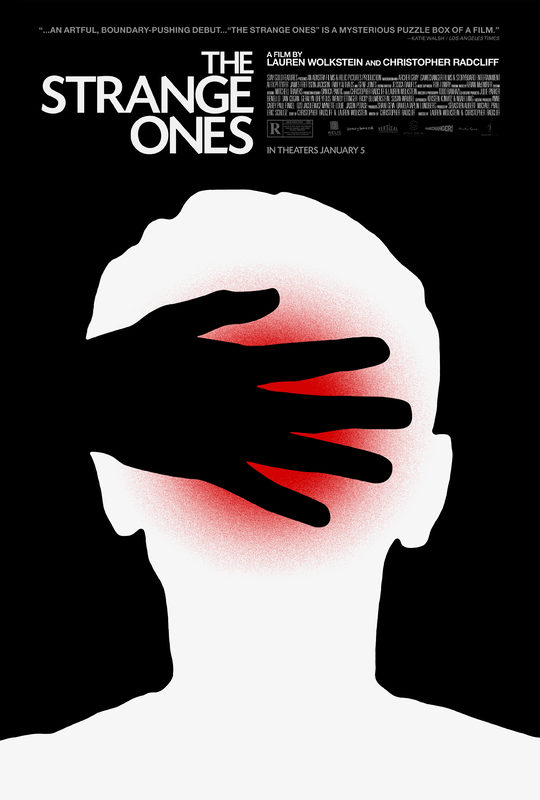 There’s just so much you can do with mood, unless your name is spelled Ingmar Bergman.  The directors, Lauren Wolkstein and Christopher Radcliff, whose résumés are fill with shorts and videos, hope to capture audience attention through ambiance and mystery, but ultimately, the gaps in the narrative and the questions that are never answered prove frustrating.  The best thing about the film, though, is the music, and woodsy  photography, which takes place in rural New York State, could serve as a tourist brochure to entice people who think that the Big Apple is the only place in the state worth visiting.

The film is divided into two halves, the first involving Nick (Alex Pettyfer), a hunky fellow in his twenties, and his teen road-trip companion Sam/Jeremiah (James Freedson-Jackson).  Though they claim to be brothers on a camping trip, we sense that this is not true, considering that an opening shot shows young Sam facing a huge blaze that could serve to cover up a felony.  Each of the two has some specific traits that appear as though parts of his DNA.  The older man varies in temperament for caring and tender, regularly asking the boy if he’s having fun, but in one particular situation, a burst of temper that finds him slapping his companion.  Sam’s feelings come across often like a blank slate.  When the two stop at a motel and Kelly (Emily Althouse), the flirtatious manager, asks the boy about his older companion, Sam trashes the man, calling him a liar and worse.  Usually, though, he is morose, communicating blank stares at the questions that people ask him.

During the second segment, Nick is mostly out of the picture.  Centering on the teen, directors Walkstein and Radcliff see the lad as a runaway, one who is taken in by a camp using the labor of teens in return for bed and board, though Gary (Gene Jones), the head counselor, as it were, takes a keen interest in Sam despite, or because of, being faced mostly by the boy’s signature stares.  What sort of camp is this, where teen runaways are taken in and cared for by a benevolent manager who seems to grant residence to young people in trouble?

The principal mysteries remain throughout.  We never find out the relationship between Sam, who has been calling himself Jeremiah, and Nick, who has little in common with his cryptic pal.  Though points are made about Sam’s relationship to his dad, we are never certain of their bond or lack of affection, with the hint that perhaps the father has been abusing the boy.  Since Sam describes his nightmares to the counselor, we may think of the possibility that everything that looks real is actually the teen’s dream, and the nightmares he suffers are real life.  That’s just a guess.   After a while, the effect of mood drifts away and we are left with, what’s up?