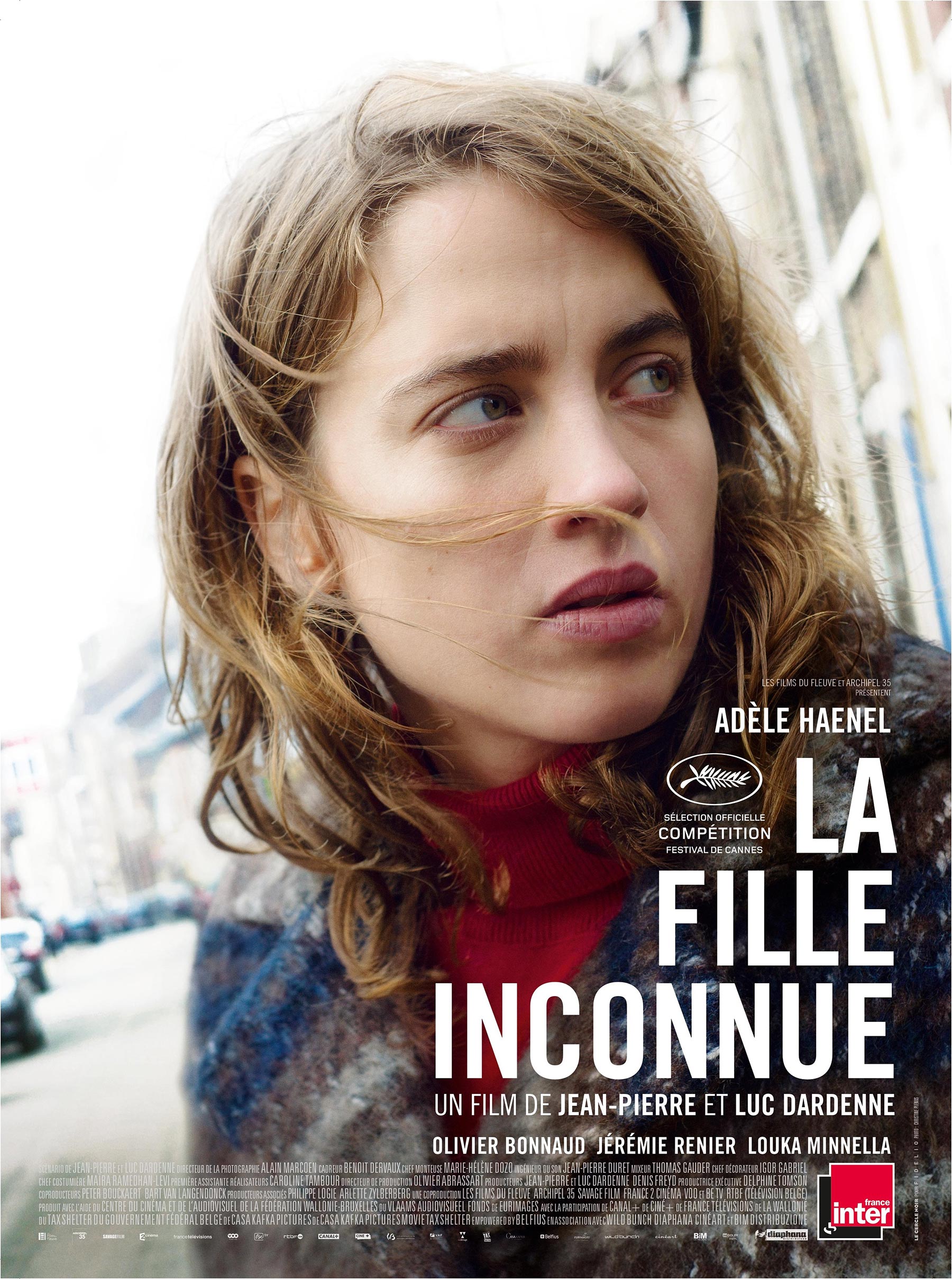 At a time that the American people are faced with both threats and exhortations by our president over the future of health care, nobody in Western Europe has any problem with a medical system that is affordable by everyone.  The Dardenne brothers, known for their realism and feeling for social justice, focus their attention on a single doctor in that part of the world, specifically in Liège, Belgium, where a young doctor, Jenny Davin (Adèle Haenel), plies her trade in a poor section of town.  During the course of a week or so, we are made privy to her rounds, watching her act out an obsession with the violent death of an African girl, not yet eighteen, and making house calls to people whose lack of education causes many to act with a crassness that more enlightened people would consider taboo.

“The Unknown Girl” combines noir detective drama with moral allegory in a film (French language, English subtitles) that makes us wish the best outcome for the practitioner, who challenges both individuals and police by sticking her nose into affairs that could even get her killed.

There is no music in the film’s soundtrack, a nice plus, something that should be tried by Hollywood for non-blockbuster works to see whether the stories, well told, could involve audiences.

In the drama, Dr. Jenny Davin finds herself overwhelmed by guilt when she and her reluctant intern Julien (Olivier Bonnaud), at work after hours, refuse to answer the bell outside her office.  She finds out that the girl had been desperate to get away from a man who is chasing her.  Since the surveillance camera captures the girl’s image, Jenny carries the photo around the town, asking people whether they had even seen her.  What she finds out is that people lie.  An attendant in a cybercafé never saw her.  A taciturn, rebellious young man, Bryan (Louka Minnella), knows nothing.  Bryan’s father (Jérémie Renier) not only refuse to admit knowledge of the victim but even attacks the doctor for questioning his son.  Her intern is lying to himself, when after five years of studying medicine, he wants to give it all up, because (this is a new one) he cannot get an image of the beatings his father gave him.

The conclusion, that she does solve the mystery, is perhaps obvious to an audience, given our need to see a resolution to her work, but conclusion aside, it’s interesting to note some differences between small-town medicine and doctors as we know them here.  Jenny has an office, but no receptionist.  She has to excuse herself from her patients to answer the door.  She makes house calls and treats an undocumented immigrant who is afraid to go to a hospital lest he be turned in to the police.

Otherwise, she appears to have no relationships outside of her patients, but the Dardennes are not interested in handing us a story with a strong narrative.  We come away with an appreciation of a doctor who, despite telling her intern that emotional connections with patients hinder diagnoses, nonetheless takes time from her busy schedule to track down the victim’s identity so that she can have a proper burial rather than go to an unmarked grave.  And her moral courage does break down the resistance of many others who would otherwise have refused to get involved.  Everything feels naturalistic, proving once again that serious cinema does not need the interference of loud music drowning out dialogue or an array of melodramatic flourishes such as explosions, car crashes and vulgarity.