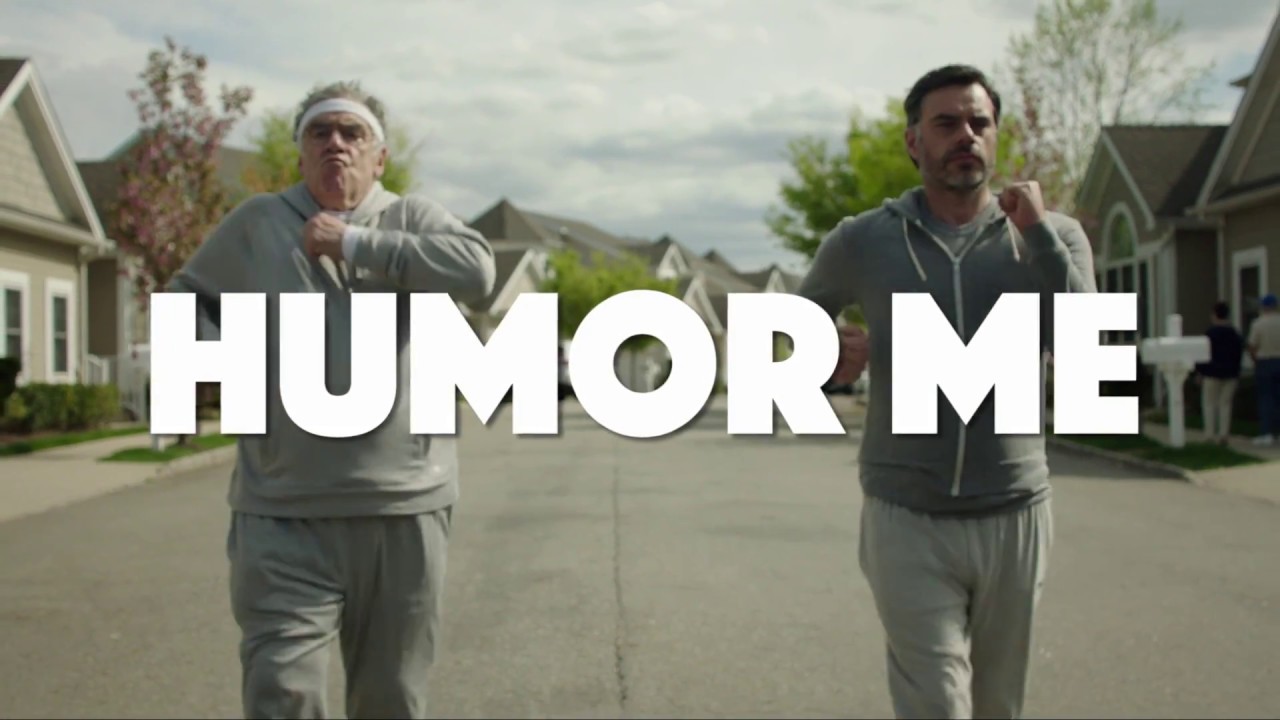 Zimmerman goes to the doctor with a carrot in one ear, a stalk of celery in the other, and a string bean in his nose. He asks the doctor why he doesn’t feel so good. The doctor replies, “You’re not eating properly.”

What do you think of that gag? Pretty lame? Indeed. It’s the kind of humor you might find by Sam Hoffman, known in some circles for his book series and play “Old Jews Telling Jokes.” Hoffman’s “Humor Me” consists of a few other lame jokes, and perhaps the whole point of the movie is to warn us sophisticated film audiences to remember where we came from—say, from the 1950s when such quickies passed for comedy and when anything vulgar was called risqué as listeners, especially women, blushed.

The folks in Hoffman’s first movie, people whose ethnic-religious roots are not announced overtly but are simply members of a New Jersey retirement community, are no more steroetypically Jewish than the characters in Woody Allen’s comedies and Neil Simon’s plays. But based on the way they carry themselves, the way they talk, we can recognize the wit and wisdom as Jewish.

Like the plays of Neil Simon—think of “Broadway Bound” and “Brighton Beach Memoirs”—this one starts off with comic touches including quick looks at the way the jokes would look if they were acted out on TV. But the final segment gets into the more serious plane of a father-son situation, including attempts by both Nate (Jemaine Clement) and his aging father Bob (Elliott Gould) to connect. Nate’s wife Nirit (Maria Dizzia) has walked out on him and allegedly into the life of a French billionaire, taking their cute son with her. His writing talent blocked, Nate moves into a guest room in his dad’s home and tries to connect with him on a serious level, but Bob’s answer to his son’s conflicts has always been to crack a joke, to take nothing seriously. We are meant to think that Nate’s sad-sack appearance results from the lack of a strong father’s guidance.

Still, the heart of the movie is fun, however mild the humor and however moderate the father-son conflict. Nate, whose father has community member Willie (Ellis C. Carpenter) give him a job folding towels in the community gym, thinking that would inspire some discipline in the young man. But Nate ultimately gets his groove back when he directs a segment of “The Mikado” featuring the elderly women residents, and is hit upon by one woman, Helen (Le Clanche du Rand), letting him know that her door is always open and that in her day she had many famous lovers.

There are no belly-laughs, but who can find fault with a father’s trying to make up for a too-casual upbringing of his son, and his son’s appealing to a group of elderly residents to find some centering in his largely sad life?

I think that Zimmerman, who is the imaginary character of Bob’s jokes, is a stand-in for Philip Roth’s Zuckerman, but “Humor Me” is hardly “Portnoy’s Complaint,” nor does it pretend to be. And that’s fine.