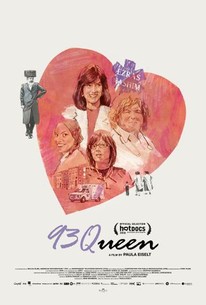 Secular people and, in fact, most Jews, will agree that women who are part of the Hasidic community in Brooklyn and Williamsburg and throughout the world are in some ways not treated as equals of men.  It’s true, as Hasidic men might admit, that women are the bosses in the home, bringing up the kids, baking challah, roasting chicken and the like.  But in the synagogue men and women sit separately, the women in the back, usually in the balcony.  Hasidic women are not challenging the synagogue rituals, but some are refusing to buckle under to the men at least in some ways.  One way, followed by a tiny fraction of the community, might be to bolt altogether like Deborah Feldman, who quit the sect, got divorced, and wrote the book “Unorthodox,” which exposed some of her dirty laundry about her husband in public.  Rachel “Ruchie” Freirer, on the other hand, remains a solid citizen and ultra-Orthodox like husband and six children, but she works from within.  Hasidic men believe that running the Hatzolah, or emergency medical team with ambulances to rush to emergencies among Hasidim, do not admit women to the force, even though some might admit that women patients would be more comfortable taken care of by their own gender.

Ms. Freier, an attractive, smartly attired woman, is unusual in that she is a lawyer, quite a rare profession for a woman in her community. She is married to a man who is a real estate agent, sharing a roomy house in the Borough Park section of Brooklyn, a home that frequently plays host to an assemblage of guests, mostly women who share her progressive views.

Mrs. Freier seems not to have a moment to deal with clients in Paula Eiselt’s documentary.  When she is not baking challah from scratch, she is co-founding the first women’s ambulance system, known as Ezras Nashim (Women for women).  Criticized by Hasidic men trolling her in social media, she is bashed for her ambition as “not modest, challenging the Torah” as some say.  It doesn’t help her cause that the rabbis refuse to endorse the organization, perhaps citing that the Hatzolah is already the world’s largest volunteer ambulance core, but she has “God’s endorsement,” and that’s all that counts with her.

The documentary takes us from the planning stage, where she delivers several talks to groups of women who are on her side, and is so persistent that the New York City Fire Department officially assigns her EMT the code “93Queen.”  Freier parlays that victory into a political race for New York City Civil Court judge.  It would be a spoiler to disclose the results of that election, but rest assured that the men, many of whom say it’s not modest for a woman to be a judge, will vote.  (Hasidim vote almost unanimously, often taking the rabbi’s endorsement as the will of the community.)

Expect the audience for this film to be divided.  Even some secular men want to keep women in their place, and surely Hasidic men would vote for her Hasidic male opponent.  So what chance does she have?  This is Paula Eiselt’s freshman feature film, though she is known for an eleven-minute short, “Priscilla,” about a mother who insists that her shy daughter get a nose job.  I think we can be certain that Ms. Eiselt, like the hero of this doc, will soldier on to produce more films with even better technical accoutrements.