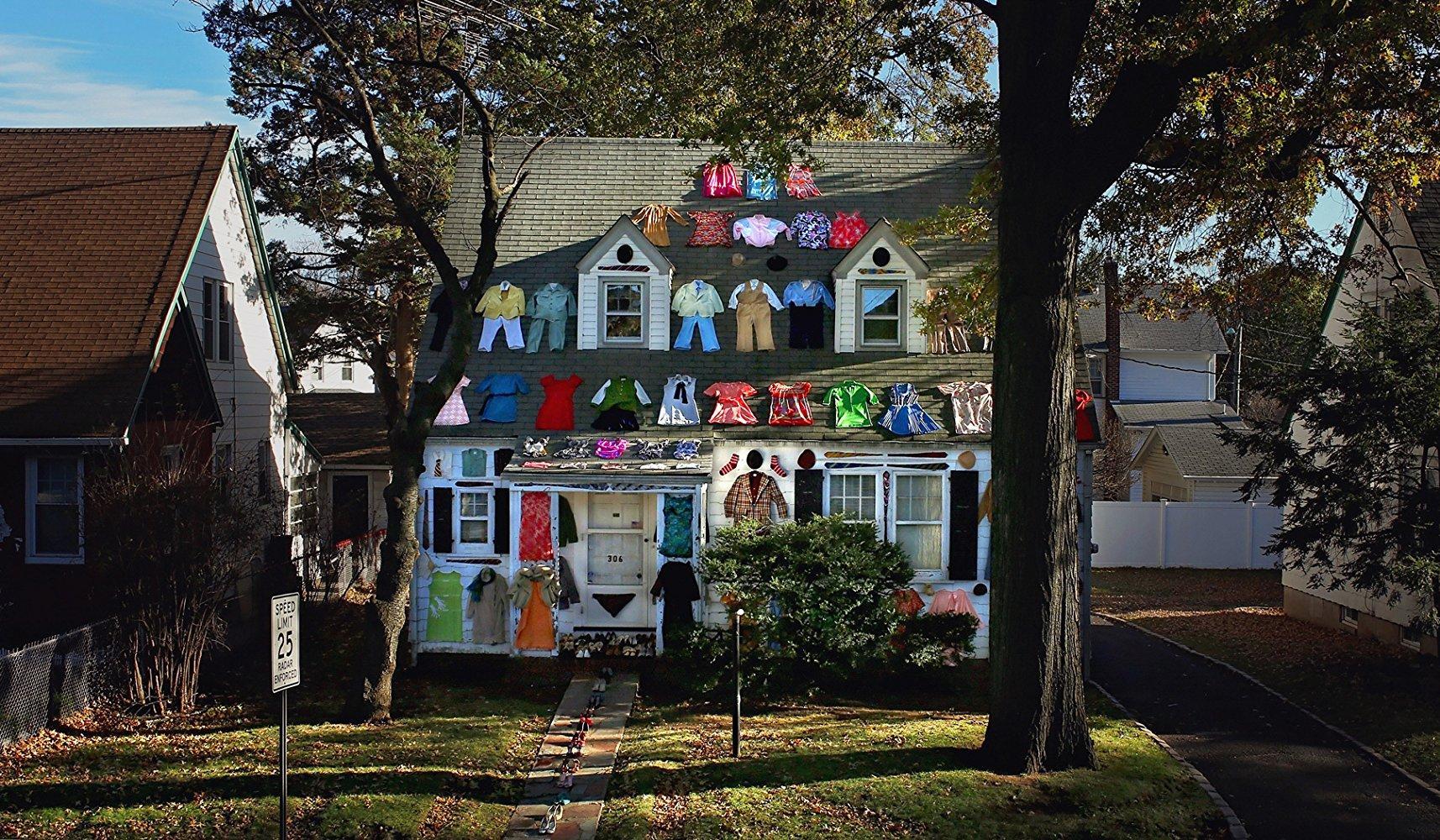 Many of us genuflect to celebrities as though you don’t put your pants on one leg at a time if you’re playing in a rock band or acting in a movie or serving as the President’s clown-attorney Giuliani or being an online film critic.  At the same time we wonder whether anybody important really cares about us; anyone, at least, apart from a handful of family members and friends, since Bob Mueller has more chance of being this year’s Time magazine person of the year than any of us. Along come Elan and Jonathan Bogarin who say, wait, hold on, you’re a little person but your history is just as important as Elvis’s.  That may be difficult to take in, so, let’s see if the Bogarins can document this, can prove this to us in at least to the tune of a single, 94-minute documentary.

“306 Hollywood” is the title taken from the address of a woman who lived there in Hillside, New Jersey for 67 years.  In a country that finds Americans on average moving every 5 years, this resident is an outlier.  Specifically the woman is Annette Ontell, a dress designer whose home life has been captured in film and video for the past ten years by her grandchildren.  The tapes show key points  in Annette’s life not as you filmed your own parents and grandmother but as her grandchildren, Elan and Jonathan Bogarin, did.  How so? They use a number of surreal touches, perhaps because they could not believe their own grandmother could be of interest to anyone not in her circle of family and friends. Truth to tell, she is not far outside the ordinary, using her home sewing machine to create dresses for rich people, then preparing exact knockoffs for her own use.

With some creative interruptions, the Bogarins bring in shots of their trip to Rome, honing in on Jan Gadeyne, an archeologist, who appears to think that digging through your own home is the equivalent of finding the Dead Sea Scrolls or a dog buried along with his royal Egyptian master.  So dig they do.  It’s a good thing for them that Annette was a pack rat, or how else could they bring home a story without uncovering decades of detritus from the house?  This helps them to believe that their grandmother, who died in 2011, was still there. (Annette was Jewish, and therefore her soul, or nephesh, continues residing in the house for 11 months during which time the family recites the mourner’s kaddish, or prayer.)

They did not come up with buried gold but they did retrieve a Nikon camera, a stack of old radios, several toothbrushes, and should they be injured while digging there were boxes of Band-Aids, though only one contained bandages, the rest just some coins that could possibly be put through TD bank’s change machines and converted to a hundred dollars in bills.

It must have pleased the grandchildren that, while they could not see their grandmother either during the 11 months, her neshama, or soul, remained in 306 Hollywood.  That’s not the only way Annette benefits.  Later, physicist Alan Lightman, whose best-seller “Einstein’s Dreams” is a seminal examination of physics, opines that granny’s atoms and molecules would remain forever, maybe even traveling to faraway places with strange-sounding names.  They use a telescope, a large one that they never noticed before, as a metaphor for a time machine, giving us a look at actors impersonating the dramatis personae of the house, including a son who kvetches that his job sucks and who is told by his mother that we all suffer, that he is not a modern Job.

There’s just the right amount of quirkiness, including a show by fashion models dressed like women of the forties, dancing about the outside of the house with grandma’s creations. Ultimately, while the filmmakers may want you to believe that watching this movie will make you think of the people that you lost, they may be reaching out much more than a mile from 306 Hollywood.