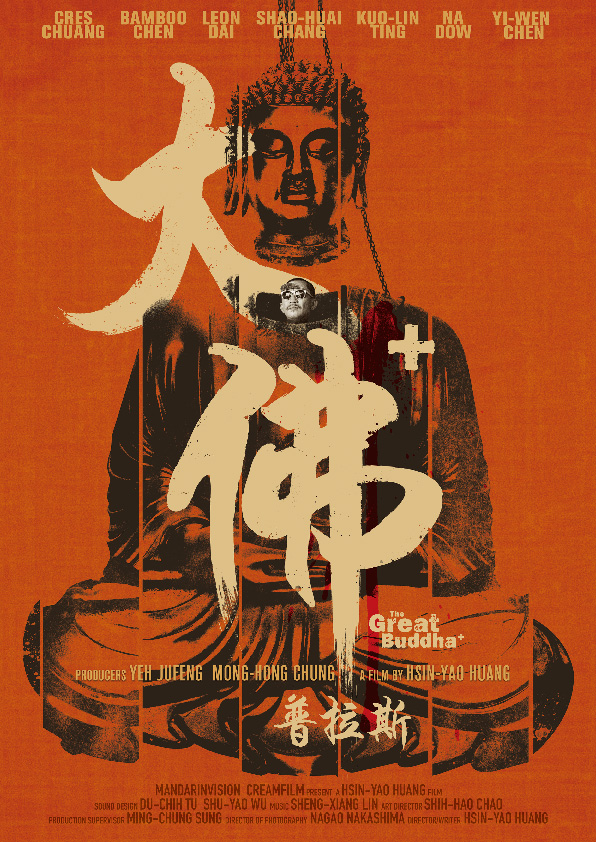 With a population largely from the descendants of the people who fled the Communist revolution in China in 1949, Taiwan lives with the fiction that it is an independent country when in fact, the People’s Republic of China considers it part of their vast country but allows the current status to continue.  Taiwan has rich and poor, the latter having little say about their lives other than needing to flatter their bosses while those with wealth can enjoy luxuries including relationships with the opposite sex “with benefits.”  This theme underlies “The Great Buddha+” serving not only to entertain us with comedy but also to provide a serious, underlying message that would make Mao Tse-tung, Vladimir Lenin, Pol Pol, Karl Marx, and others of their leftist views say “I told you so.”

The poor in Huang’s film are known by nicknames Pickle (Cres Chuang), Belly Button (Bamboo Chen) and Peanut (Na Daw).  Kevin Huang (Leon Dai) stands in for the rich, entitled not only to material luxuries but to the services of perhaps scores of women whom he seduces (or more likely is seduced by) and abandons.  In this case, the poor, Pickle and Belly Button, serve the interests of comedy while Huang becomes an increasingly sinister and more loathsome figure for us in the audience to contemn.

A black-and-white movie except when observing the footage on the dashcam taken from the boss’s luxury car, “The Great Buddha+” finds Pickle and Belly Button marveling at Huang’s success with women, though we get the idea Huang is not Brad Pitt, he wears a large, ridiculous rug presumably in danger of falling off during his athletic bouts with women, and is desired for his Benz, which serves as a chick magnet.  “Birth is eight-tenths of dignity” becomes the movie-summarizing quote, meaning that those who are lucky to choose the right parents know how to live while the other are lucky to get the scraps from the king’s table.

We can laugh at the indignities suffered by people like Pickle and Belly Button but the laughter gets stuck in our throats, as we recall a society showing the rich growing richer and the poor becoming poorer.  Scenes dealing with a giant statue of Buddha which serves as a commentary on religion, demonstrate that religious beliefs are exploited, just as Marx had said, by the powerful.  The film  won the top prize at the 19th Taipei Film Festival and received 10 nominations at the 54th Golden Horse Awards, winning Best Adapted Screenplay and Best New Director.