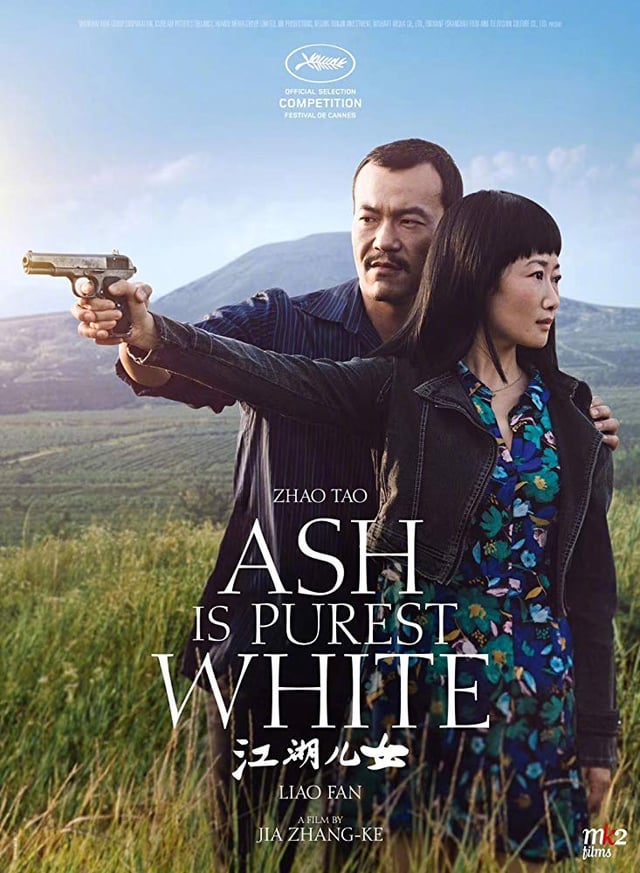 When I visited China in 1985 as part of a study tour, I found a country that had been wracked by a Cultural Revolution that ended a few years earlier. What I saw was as backward as you might expect for a state that had not experienced a global outlook. All felt provincial, with Beijing’s airport looking more primitive than even our own LaGuardia terminal and Shanghai’s equivalent of our Fifth Avenue coming across like a major road in Milwaukee. Even the best hotels were second-rate given that the big international chains were afraid to invest in a poor, Communist country. Today things have changed dramatically, though at the cost of making Beijing and Shanghai among the most polluted cities on earth. Instead of the quiet pace that found the older generation enjoying the camaraderie of the bathhouses, you now have ambitious young men more likely to bathe their Beemers or their Mercedes. The forty-eight year old Jia Zhang-Ke, easily China’s most celebrated filmmaker today and in the opinion of an NPR critic perhaps the best filmmaker at work in the world takes a look at how the changes affect a particular group of people. In 2001 they look like a bunch of small-time gangster nobodies socializing in a decrepit shack but calling one another “brothers” as a sign of undying loyalty. Seventeen years later life had caught up with them, the reversals symbolized in the characters of Qiao (Tao Zhao) and her boyfriend Guo Bin (Liao Fan).

Bin is the honcho of the underground society taking for granted the deference given to him by his brothers. Qiao is in love with him, a woman who is one of the boys, giving love punches in the back to two men and taking a bite from the shoulder of her paramour, Bin. The entire group must feel that their loyalty will be unchallenged for life while Qiao seems assured that her love for Bin and his for her will last forever as well.

Though Qiao considers ballroom dancing “too Western,” but the entire company dance to a rhythm that would be familiar here in the U.S. When Bin is attacked by young people from a rival gang, Qiao saves his life by firing a gun into the air. Since China is not Texas, she spends five years in jail for mere gun possession. It’s now 2006. Qiao is out of prison sailing the Yangtze. noting villages along the way that are going to disappear—not from climate change but from the building of a dam to give electric power to the community. There’s one change. From the narrative’s point of view comes another change. Bin has moved on to another girlfriend and refuses to see her, leaving her adrift and forced to use her prison-acquired scamming skills to get meals and money. (Telling some wedding guests that she is a friend of the bride and those of the groom is a technique sometimes used even here.) By 2018 Bin has become a different man entirely, sidelined by a serious stroke, wheeled around by Qiao who tells him that their love is gone. Yet Qiao is in no mood for schadenfreude despite being dumped by Bin while she is in jail.

The conclusion is one of great sentiment but not at all like the cheap kind you’d find in commercial Hollywood movies. Though Jia does not afford us in the audience the spectacular scenery found in epic films like Zhang Yimou’s “Raise the Red Lantern,” his cinematographer, Eric Gautier, supplies some panoramic shots around the Yantze and through the windows of a train—the latter being the backdrop of a humorous scene involving a passenger’s line that he is conducting research on a UFO project and would like Qiao to join him, offering her a job.

The film’s highlight is Jia’s expertise in the director’s chair but most of all from a shattering, albeit subdued (compared to what Hollywood would do to her) performance. “The years pass just like that” (snaps fingers) notes Gloria’s mother in Sebastián Leilio’s marvelous movie “Gloria Bell.” With those years, in China, there arrive momentous economic and social changes which, at the same time, make their mark against loyalties that had been expected to continue forever. Those wedding bells in our town may be breaking up that old gang of mine, but the simple passing of years does irreparable damage to familial ties in China. “Ash is Purest White” casts its eye on an exuberant but ultimately mournful setting in a particular spot involving two particular people, but its theme can stand in by extension for us all.