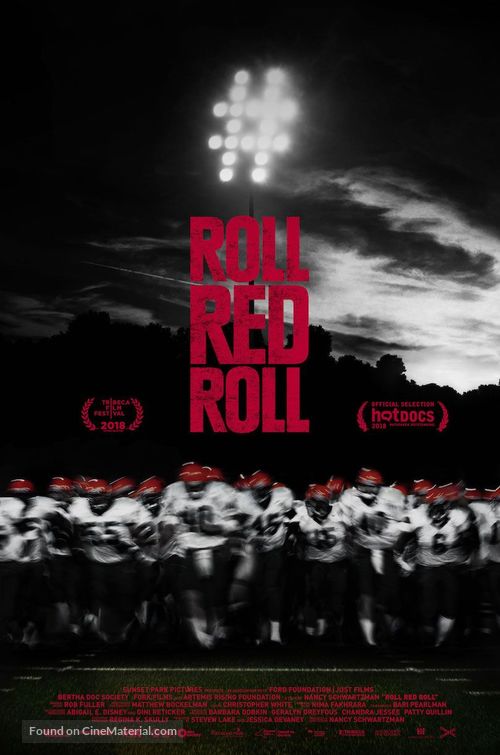 The average person watching this documentary—which unfolds like a real crime thriller—might think that the case became so big because it is almost unique in the U.S. After all, if Chris Cuomo of CNN covers it, if Scott Pelley puts his views on it, and if German and Chinese newspapers find the case involving enough, does rape involving high-school students happen maybe once every five years? I can tell you as a former fraternity member who has watched women go to parties, get drunk to the point of throwing up and passing out, that things might have happened under the radar that are as outrageous as the case brought here. I have never seen an actual case of rape involving inebriated women—who by law are not able to give informed consent no matter what they say—but I would guess that this type of felony goes around. In my day there were no computers, no internet, certainly no Twitter and Facebook and Instagram. If there were, and if guys would text one another laughing about what they did with have girl, there would be many other cases like the one in Nancy Schwartzman’s riveting doc based on painful re-creation. Somehow, the situation in Steubenville, Ohio merited international publicity and can be used as a case study of the “boys-will-be-boys the “hey-they’re-football-players-what-would-you-expect” attitude.

In 2012 a 16-year-old girl was raped by two teens on the Steubenville, Ohio football team, kids who might have a reason to think that they’re special because the whole town would turn out to watch the games. This small-town high school shows off a squad of cheerleaders, the biggest cheerleaders being the packed stands where spectators would applaud wildly and hold signs like “Roll Red Roll,” the name that the team has embraced.

In this re-creation, Matt Bockelmon is behind the lenses while the three-person team of editors shift from tweets sent out by the boys including their hysterical laughing about how the girl was “trained,” to the team out on the field, to Alex Goddard, a crime blogger who got the interest of widespread media in the case. The potential witnesses are interviewed by Detective J.P. Rogaud, leading to the arrest of the rapists, Trent Mays and Ma’lik Richmond. Strangely no attorney is present during the questioning.

Using clever and to-the-point animation, director Schwartzman in her debut documentary reproduces the tweets. For her efforts, Goddard incurred the hatred of the town given the support of the football team, and perhaps the fear that the games would close down or be suspended if action were taken against players. Goddard could not on her own have generated the interest. Instead Rachel Bissel, a reporter with the Cleveland Plain Dealer, brought the events to national attention, and later the NY Times covered the story as did major TV networks like CNN. During the trial at the country courthouse, hundreds of folks, mainly women, showed up outside with signs, which perhaps led the police to investigate further and uncover other similar stories, one involving a fourteen-year-old girl who was raped. Other women showed up with stories of their own rapes, some decades ago, which they did not report, fearing humiliation.

One statistic has it that one out of three women has been raped in this country at one time or another. Fortunately for the two boys in this case, their age—seventeen—protected them from a long sentence; just a minimum of one year each, though one of the boys was sentenced to an additional year for tweeting pictures.