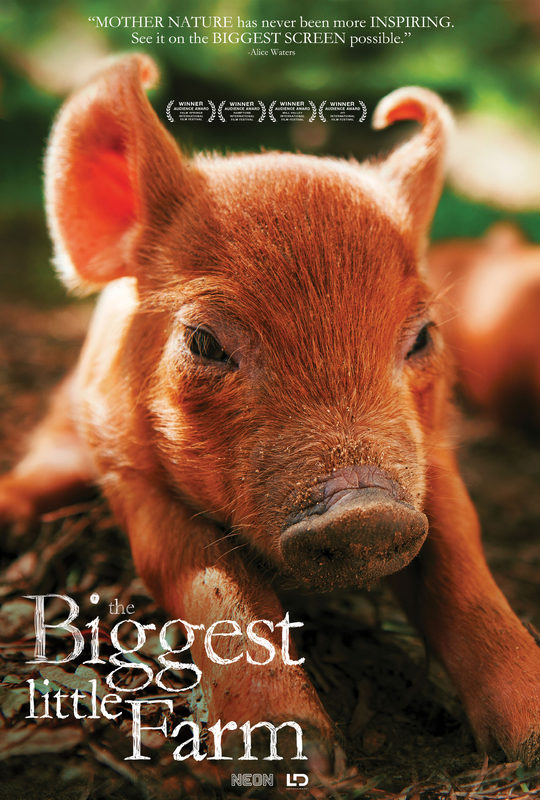 In “An Essay on Man” (1733) an optimistic Alexander Pope notes:
“All discord, harmony, not understood,
All partial evil, universal good”
He concludes: “Whatever is, is right.”

Pope believed that one God, all-wise and all-merciful, governs the world providentially for the best. While Pope is not invoked in John Chester’s movie “The Biggest Little Farm, “if Pope were alive today Chester could have been the model that helps to prove Pope’s wisdom. After all, when you are forced out of your cramped Santa Monica apartment because your dog Todd would bark all day when left alone, Chester must have believed that life is nothing more than one discord after another. However, being forced out of your flat turns out to be just what John Chester and his wife Molly needed to turn their lives around, to go from being just another anonymous pair of city people who turn all partial evil to universal good. What to any impartial observer looks like a land scam, since the farmland John and Molly purchase one hour’s drive from L.A. is dust-dry, turns out to be just the challenge that this creative couple needed to make themselves productive beyond their wildest imagination.

“The Biggest Little Farm” is an extraordinary documentary, not only because it was filmed over a period of ten years but because it is photographed with detailed attention to nature by John Chester himself with four other cinematographers and includes a few comical animations, courtesy of Jason Carpenter. All is augmented by Jeff Beale’s music. Like Israel, a country known during its founding to have “made the deserts bloom,” these incredibly hard-working, motivated Chesters take land ruined by a California drought and turne it into not just any old farm, certainly not the satanic factory farms that make life hell for animals, but an organic property filled with a huge diversity of crops and animals. By the time this movie ends, we note in a eight-year period they planted 10,000 orchard trees, 200 crops, and a variety of animals that would make Noah envious. To bring this animal menagerie down to human proportions, the Chesters have two pets. One is a large black dog, Todd, with human eyes that they saved before it was scheduled to be put down by a shelter. Another is Emma, a pig that provides entertainment for tourists who visit the farm, an attraction principally because it stands as a model of diversity, diversity, diversity. And Emma must have helped the farmers by producing one litter of 17—that’s 17—piglets. (Eventually they would be sent “to market” since you can’t have ideals without money.)

John and Molly see first-hand that there is a balance in nature. For example, coyotes had a tendency to sneak around at night to kill the farm’s chickens, though why they don’t eat the bodies is a mystery to me. John has to take his rifle to kill the pesky creatures. But then he discovers that coyotes are actually needed to balance nature because they eat gophers, another pest which left on their own would help destroy the farm. As for the tens of thousands of snails that eat leaves, they’re taken care of by ducks who would eat the French delicacy without bothering to get a thank-you from their human friends.

The Chesters are lucky to get the expert help of one Alan Young who had vast experience in natural farming, though since nature can be cruel, this mentor died or a particularly aggressive cancer. They were helped as well by a crew of workers, all collaborating to make this a dream farm, a paradise borne from a land that could have been the site of a dystopian movie. All of this takes place despite nature’s other cruelties: a drought thought to be the worst in 1200 years and a series of wildfires that we have all seen on recent news reports.

This sumptuous drama whose photography, including close-up, slow-motion shots of bees, hummingbirds and other critters could rival any nature drama shot by National Geographic and Disney. This is how a doc should be made: no interviews, not talking heads; in other words make it indistinguishable from a clever and vastly entertaining narrative drama.