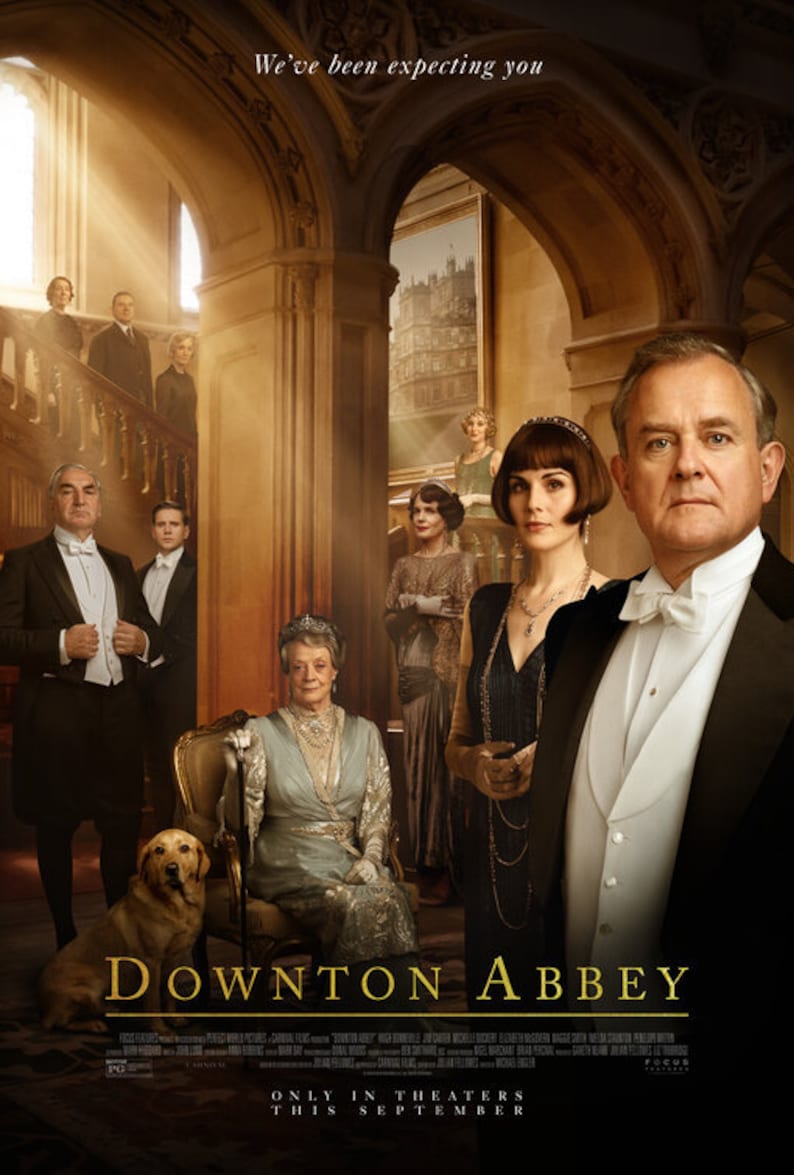 Rational people would assume that the folks who most want their country to continue supporting royalty would be the rich, the landed gentry, who look, think and act like kings and queens themselves. And they would think that the detractors of royalty who might favor a republic would be the poor, those who kowtow as servants to their well-to-do employers. The opposite is true. The servant class are in awe of the king and queen while the gentry treat them as scarcely meriting a bow or a curtsey. We know this because Julian Fellows who wrote the script to “Downton Abbey” and Michael Engler who directs the filmed version of the beloved TV series, show us.

When the king and queen announce that they will visit the famed Downton Abbey and spend the night, the servants are exhilarated, while the privileged keeper of the chateau including Robert Crawley (Hugh Bonneville), Lady Cora Crawley (Elizabeth McGovern) and Violet Crawley (Maggie Smith) keep the famed British stiff upper lip. If they’re ecstatic there’s not showing it because that’s not the way the British upper class act. The film rides on the concept of the visit of the royal family to Downton Abbey, together with their personal butlers, ladies in waiting, chef and the like. This is a concept that’s original; it’s not in the beloved TV series, so those of us who binge-watched a couple of years ago need not worry that the movie repeats an old approach.

Nonetheless, just as some books should not have been made into movies such as novels in which the thoughts of the characters are paramount, some TV series should not have been done as films. The trouble with “Downton Abbey” the film, is that newcomers who are totally unfamiliar with the characteristics of the characters, imbedded in memory from hour after hour of being engrossed on their TVs, will feel either out of it like students who did not do their homework and cannot follow class discussions the next day. More important, those who are quite familiar with the folks they have cherished on the small screen will feel that too many subplots are thrown at them in just two hours. In small TV segments, by contrast, only one of two themes are dealt with at a time, each given its proper breadth and depth.

Two years after the close of the TV episodes, The Crawleys in Downton Abbey are now facing 1927 during the week that King George V and Queen Mary are to visit. The servants, in a tizzy as mentioned above, feel insulted. They are given time off, the festivities to be handled by the royal couple’s own staff. A snobbish French chef is to cook while the king and queen’s personal waiters are to serve. But the staff at the abbey are excited and won’t have it. They will concoct a scheme that will allow them to do all the honors themselves. They are delighted that Mr. Caron (Jim Carter) is being called out of retirement to manage the crew. This scheme, which serves as considerable comedy and even suspense, anchors the show.

Among the individuals, director Michael Engler ticks off the elements of both comedy and drama. Lady Mary Talbot (Michelle Dockery), who would be heir to the abbey after the death of Robert Crawley (Hugh Bonneville), wants to sell the estate but is convinced by her maid, Anna Bates (Joanne Froggatt), to hold on in order to preserve the jobs of the staff. The Dowager Countess (Maggie Smith), who serves as the story’s repository of Oscar Wilde-like witticisms, battles verbally with the queen’s lady-in-waiting, Lady Maud Bagshaw (Imelda Staunton), because the latter is determined to leave all to her maid). Thomas Barrow (Robert James-Collier), the designated gay servant, finds romance. Perhaps the most down-to-each and philosophic aristo Tom Branson (Allen Leech)—who rose from chauffeur to noble by virtue of marriage to an aristocrat—describes how he, an Irishman who believes in the Republican cause, has made his peace with his position in the abbey.

As photographed by Ben Smithard in England and in Highcleer Castle in Hampshire, England and embellished by John Lunn’s musical score, “Downton Abbey” is great to look at, though the dances are not unlike what we’ve seen in many a costume drama before.