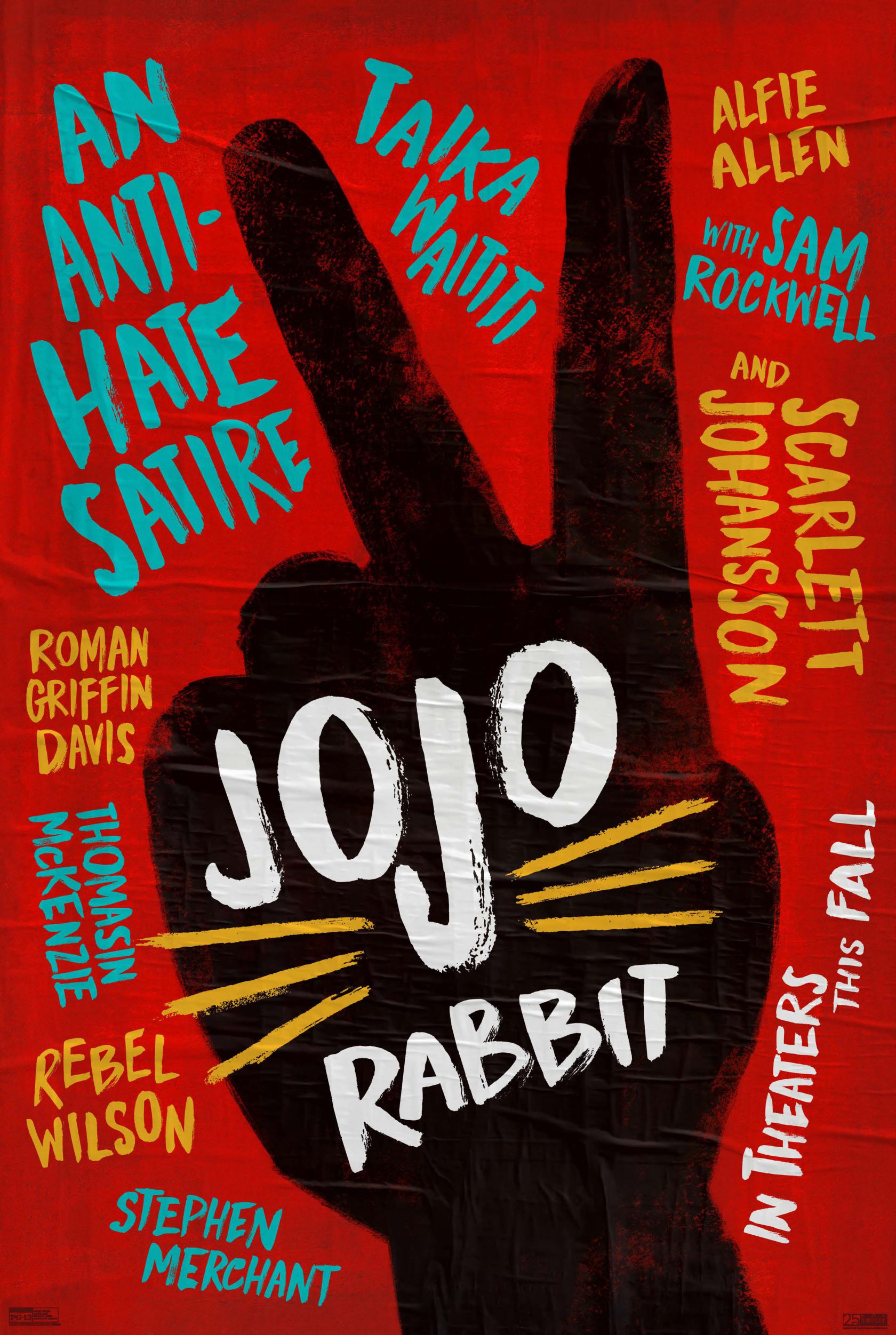 The time is long past that we did not dare to treat Hitler and the Holocaust with broad comedy. Hitler was a demon, the most evil man of the 20th century, so how can we deal with him other than with serious documentaries and dramas? Must everything be as serious as Berthold Brecht’s 1941 play “The Resistable Rise of Urturo Ui”? No. Charlie Chaplin knew that the best way to take such people down is to laugh at them, thus “The Great Dictator,” though in 1940 Chaplin could scarcely have known just how evil the German chancellor was. “The Producers” could be considered the first major movie that laughs at Hitler, and now comes “Jo Jo Rabbit” that mocks Hitler as a fool but hardly shows the depths of depravity in his characterization by Taika Waititi. If you’re wondering about the name of this inventive director, Waititi hails from the Raukokore region of the East Coast of New Zealand, and is the son of Robin Cohen, a teacher, and Taika Waiti, an artist and farmer. His father is Maori (Te-Whanau-a-Apanui), and his mother is of Ashkenazi Jewish, Irish, Scottish, and English descent.

While the director has twenty-two credits, largely from overseeing TV episodes, his “What We Do in the Shadows” about vampires who worry more about paying the rent than about nourishing themselves, gives us a hint of the oddball and original works to come. The title figure in “Jojo Rabbit” is a ten-year-old boy from a German village played by Roman Griffin Davis, the son of Rosie Betzler, (Scarlett Johansson), who has an adult playmate in his spacious house named Adolf Hitler (the director himself). In the opening scenes which are the movie’s fastest-moving and zaniest, he attends a Hitler Youth camp taught by Captain Klenzendorf (Sam Rockwell), where the young men are taught military skills while the girls, scarcely teens, are instructed in how to get pregnant. (Truth to tell, the Nazi government cared not a whit about marriage. Women’s purpose was to give birth as many times as they could to populate the Reich with Aryan babies.) The girls here are instructed by Fraulein Rahm (Rebel Wilson) who gave the Fatherland eighteen of ‘em.

When Jojo Belcher is injured by a grenade he is drummed out of the camp but not before taking part in such fun activities as burning books. When he refused orders to kill a rabbit, he is derided by the counselors, given the nickname Jojo Rabbit. Filled with ridiculous tales of alleged Jewish depravity he is shocked to discover that his mother is hiding Elsa Korr (Thomasin McKenzie), a Jewish woman of about eighteen years of age. You might expect that Elsa, when discovered by this young nazi kid, would cower, but instead she boldly declares that if Jojo turns her in, she would tell the Gestapo that he and his mother were hiding her, even using some physical force to show her lack of fear. Eventually, as everyone in the audience knew, he would hear about the Jewish tradition, how Jews were chosen by God, and comes around even to falling in love with her.

Brief archival shots show the genuine love for Hitler as thousands lined the streets when he passed in his car, reminding us that the people in charge of governments, the CEOs as you will, are often hardly the types of people that Plato advocated to be leaders. Few of them even now are Platonic philosopher kings, and many subjects are blown away by their vulgarity and cannot understand how their decisions could spell disaster for themselves and their country.

This is a remarkable feel-good movie in the style of Roberto Benigni’s “Life is Beautiful,” about a Jewish-Italian book shop owner who must shield his young son from the terrors of the Nazis. Eleven-year-old Roman Griffin Davis is the actor to watch, having turned in an astonishing role, evoking the full range of emotions from surprise to joy to terror. “Jojo Rabbit” was filmed in the Czech Republic.