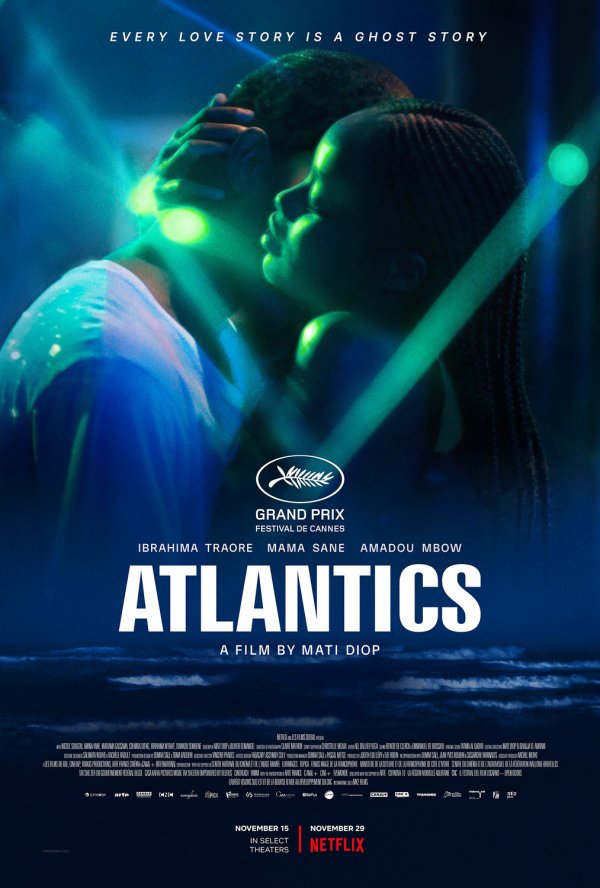 Senegal’s Oscar candidate is part ghost story, part romance, with even a dollop of social commentary and criticism. The film is anchored by the lovely 17-year-old Marne Bneta Sane as Ada in a breakthrough performance as a woman who is destined to marry Omar (Babacar Sylla), a rich individual who spends nine months in Italy each year. When Ada confesses to her friends that she is in love with Souleiman (Ibrahima Traoré) and that she has no interest in coupling with Omar, they advise to suck it up. After seeing Omar’s house with a bed that is large enough to carry a man with four wives comfortably, they are envious. Given the tight economic times in this third-world country, you can’t blame them for the chance at being taken care of in style.

Director Mari Diop, who is the first female black person to present a film in competition at Cannes plays down the supernatural aspects of her new film in favor of stressing the romance, though given the shabby neighborhoods covered on location in Dakar (specifically the Plage du Virage, Plage de Yoff, and Thiarove though with key moments at the Radisson-Blu Hotel) you will not find lovers cavorting in an ersatz Paris. With a bunch of eager, nonprofessional actors photographed amid a Dakar community with a tower block under construction, “Atlantics” faces off with a group of pissed-off construction workers who have not been paid for three months. They have just about given up the possibility of getting their due, instead taking off in a rickety board for Spain Souleiman among them.

Being stiffed from wages becomes a concept that will appear toward the conclusion of the film, but the constant, understandable obsession with money finds Ada’s friends Fanta (Amina Kane) and Marianna (Mariama Gassama) hanging out at a night club on the beach looking for sugar daddies that will allow them to remain in Senegal rather than having to take off for Europe.

A fire burns down the aforementioned detective Issa (Amadou Mbow) is assigned to the case, but the police work is already beginning when the eyes of the women at the night club turn white, corneas only, crash the home of the construction boss N’Diaye (Diankou Sembene), demanding that they pay the wages owed even though the men are out to sea, dead, or already in Spain. Wherever they are, you will likely suspect that Souleiman will return to his great love, whether with milk-white eyes or seeing normally, to spend at least one night with the heartbroken Ada.

“Atlantics” is a compelling work that will disappoint those who like their zombie movies filled with terror but will be embraced by folks who like their films nuanced with supernatural elements that genuinely expand and interpret the plot.