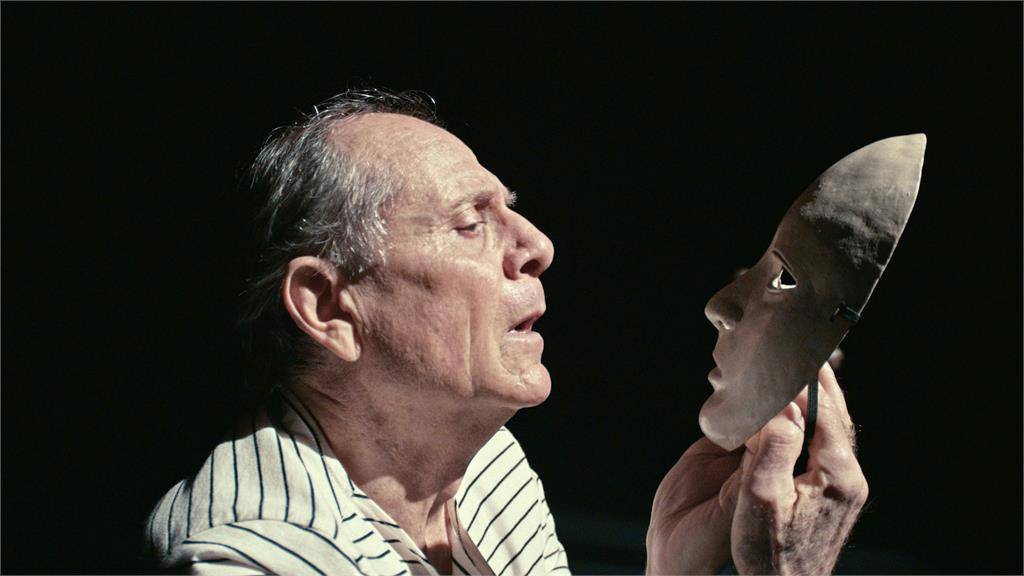 When I taught a drama class in an urban high school, I won a grant that would enable students interested in acting to be graced by a few lessons from teachers at New York’s prestigious Juilliard School. The lessons would take place in the school auditorium with twenty students participating, no audience in the 800 seats. Each time I observed the classes, I noted that the instructors put emphasis on body movements, in the service of loosening the emotions of the performers and enabling them to express their inner selves not through words but through movement. The movements of these seventeen-year-olds, as lithe and full of energy as teens could be, would not duplicate what goes on in the Juilliard School’s drama division. In this brief documentary, director Rauzar Alexander in his freshman project gives us a rare look at some of the classes that took place in the school’s four-year drama program. The aim is to look in awe at the talent of Moni Yakim, a founding member of the school since the 1970s, with some insight into why the students love him. And you can see that affection daily as they laugh at his mild jokes (in on introductory class he asks for the students’ names because “I forgot them,” then adding “You all know my first name, but I forgot it. -Laughter)

Moni Yakim, who was born in Jerusalem, got a start not as a teacher but as a performer himself, taking part in classics like Shakespeare’s “A Midsummer Night’s Dream” and George Bernard Shaw’s “Arms and the Man,” but this background did not become a major part of the film, though some interesting archival film of Jerusalem especially at the time of Israeli independence in 1948 makes an impression.

Moni’s heroes are Étienne Decroux, who created mime, and Stella Adler, who believed that actors must master techniques beyond their own knowledge and experience in order to portray a variety of characters. Moni gives over much of his teaching time to having his gifted young actors imitate mime, but spends most of the class time in getting them to twist their bodies every which way—the gymnastics forming the main interest of the movie. In one class he has the students yell gibberish, in another to crawl on the floor like commandoes on D-Day. “The more you free the body, the freer the imagination is to go wherever it needs to go,” he insists.

The doc does not make clear whether the students go to another studio in the school to learn to project their voices and to do other verbal work that actors are required to perform, so the impression is that Moni puts 90% of his energy into the physical work. He takes students beginning in their second year, his wife Mina dealing with the lucky freshmen. Not mentioned is that the Juilliard acting division goes through at least 1800 applicants yearly, takes 40 or 50 who try out, and selects only eighteen. Take that, Harvard and MIT with their generous 4% selection rate.

Interviews with proud alumni include Jessica Chastain, Michael Stuhlbarg, Oscar Isaac, Kevin Kline, Laura Linney and Anthony Mackie. Watch particularly former student Alex Sharp who went on to win a best actor Tony for his lead role in “The Curious Incident of the Dog at Night-Time.” We documentary-loving viewers saw the lad when he was working in Moni’s class.