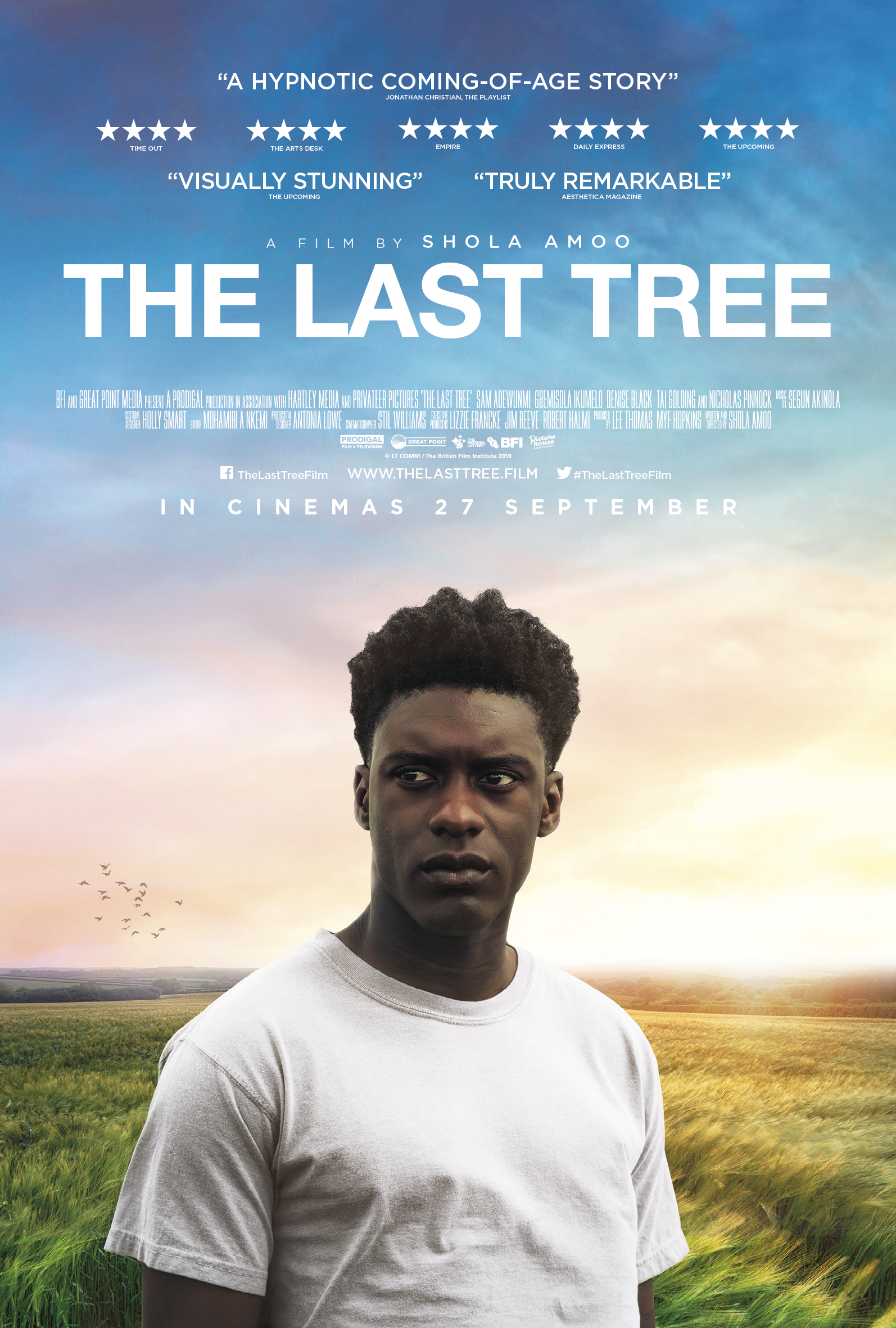 Distributed by Artmattan Films which boasts” films about the human experience of people of color,” “The Last Tree” is a coming of age story that focuses on the changes that form the boyhood and teen years of a British man with Nigerian roots. The drama is the second feature of Shola Amoo whose “A Moving Image,” about gentrification in Brixton, England, blurs the line between reality and fiction by incorporating real people affected by gentrification and who consider a young artist to be a symbol of a revitalization that excludes them.

In this latest project, the writer-director gives approximately equal time to Femi as a child (Tai Golding) and to him as a teen (Sam Adewunmi), hinting that we in the audience might take sides as to which incarnation is the more enjoyable. You can’t help noting that the young Femi is the more adorable fellow, his charm arising largely from the happy childhood he enjoys in a bucolic British suburb with Mary (Denise Black), a white foster parent. Femi fits in just fine with white friends his own age. We never find out why Yinka (Gbemisola Ilumel), his biological mother, could not take care of him, but unlike the foster children we hear about on the 6.30 news who had been taken in by exploitative women out for the money, this lad has clearly lucked out.

Too bad, like so many things, his halcyon home life takes a bad turn when his real mother, coming to see him for what is promised to be merely a visit, wants him back. You’ll think that Yinka lacks the stability to keep him for long, the boy remains in the less promising atmosphere of a London slum (“Careful—there’s pee,” warns his mother). After the passage of ten years, Femi, who spent years in what so many children can only dream about, has become sullen. He no longer has white friends, and Mace (Demmy Lapido), presumably a drug seller, has taken a shine to him, coaxing teen however reluctantly into joining a small gang.

Femi treats his mother like an enemy, not only for taking him away from a loving foster parent in a pleasant suburb, but also because she beats him if he does not take care of the house while she is away working as a cleaning woman. While he tries to avoid Mace—a rotund man with a ready smile—he alienates a few other locals by rescuing Tope (Ruthxjiah Bellenea), bullied because of her dyed-blue braids and her studiousness. While his dedicated teacher Mr. Williams (Nicholas Pinnock) takes time out to visit Femi at home, suspecting that he is ignoring his studies and is likely to drop out, the teacher is a good role model, telling the boy that he was not always a preppie and an old, boring teacher, but was once headed in the bad direction of his student.

Stil Williams sharply photographs the bucolic neighborhood, comparing it to the near slum of an inner city, and Segun Akinola’s music may swell at times but is not intrusive. In what amounts to a long coda that changes the tone of the picture, we find Femi and his mother abruptly in Lagos, Nigeria, where he meets his biological father. Though dad is a pastor, he is living in a house that bears comparison to New York’s Trump Tower with his golden staircase, polished marble floor, and enough space to take in a dozen foster children should he so desire. These final scenes are such a precipitous break, the story cries out for some explanation but never finds it.

It’s easy for us in the audience to relish Femi’s good luck as a child with a ready smile, we may find it difficult to empathize with the dour teen. Nonetheless, we leave the theater optimistic that Femi will soon “find” himself. Once that’s achieved, we need not worry about him.

English subtitles on the link that I used are superlative, clear, bold and easy to read, an important feature when those of so many movies and cheap and difficult to read.