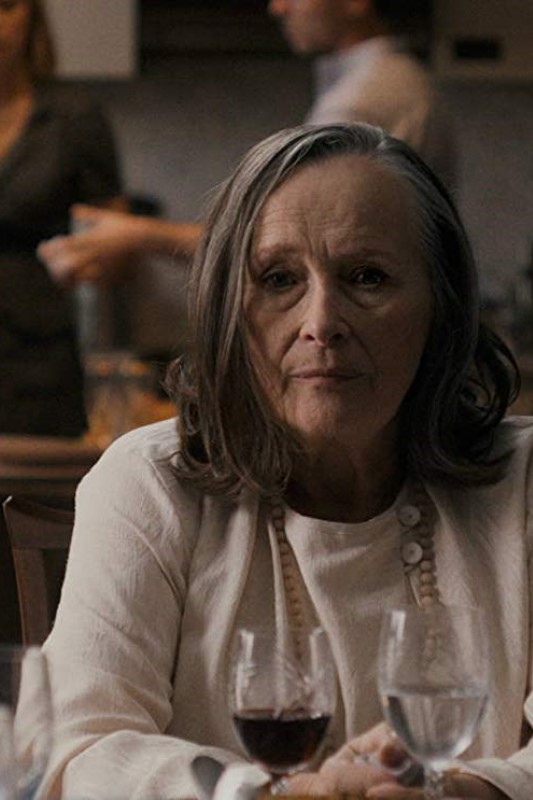 A nine-year-old boy learns all about sex in his hygiene class at P.S. 103 augmented by discreet animated visuals that show him how it’s done. “EEEEEUUUU Gross,” he shouts, “My mom and dad would never do that!” Now imagine that a woman in her forties is about to discover that her mother, now in her seventies, is “doing it.” She realizes that granny must have done something or mom would not be here, but “at age seventy? And what? Wait a sec. With another woman!” Still this is France, not Saudi Arabia, so many middle-aged moms will come around. After all, Professor Henry Higgins (“My Fair Lady”) suggested, “The French don’t care what they do, actually, as long as they pronounce it properly.”

Joshing aside, “Two of Us” is a remarkably well-acted, exquisitely photographed chamber piece featuring two stellar performers who act out a scenario that must have jogged the imagination of so many of us, meaning: do people in their seventies have sex lives? And more specifically, do lesbians in their seventies have sex lives? If so, are their sons and daughters aware of this? (Yes Virginia, some lesbians have children of their own through marriage or less perilous means.) In this case Madeleine or Mado (Martine Chevallier) and Nina (Barbara Sukowa) have been lovers for decades. Living next door to each other in a town in the South of France, they have to sneak into each other’s apartment because theirs is a romance that not all French people can understand, least of all Madeleine’s mother Anne (Léa Drucker) and Anne’s brother Frédéric (Jérôme Varanfrain).

It may be hard to believe in these times, when most of the West—certainly France—has come to accept lesbianism, but sneak around they will, and their almost daily pas de deux gives this slice of life a comic touch. Filippo Meneghetti, who directs and co-wrote “Deux” as his first narrative feature scores big, and will hopefully evoke a deep emotional impact from his theater audience. The story begins simply, becoming more complex when the two principals realize that deux en compagnie de trois est une foule.

German expatriate Nina is next-door neighbor to Madeleine. They should have been able to be roommates but Madeleine, at any rate, fears the opprobrium of her daughter Anne. They plan to spend the rest of their lives in Rome but Madeleine gets cold feet and backs out of selling. Madeleine determines to come out of the closet with her daughter and son who are sure that their father was adored by her.

Their secret is complicated by Madeleine’s caregiver Muriel (Muriel Benazeraf) who believes that her job is being taken over by Nina, and senses the secret that Madeleine has kept from her son and daughter. At long last Anne and Frédéric are on to Madeleine, are understandably shocked, though the single moment when Anne discovers her mother’s secret is both amusing and melodramatic.

No scenes are wasted in a pas de deux that could easily fit on your TV or on an off-Broadway stage. The storytelling is crisp, to the point and forms a terrific palette for a dance that to my memory is thoroughly original.