There are some things I didn’t know before seeing “A Chef’s Voyage.” For example, did you know that the word “restaurant” derives from “restore” or “refresh?” Do you feel either restored or refreshed when you finish a Happy Meal at Mickey D’s? Oh, the banality of that corporation’s food—though they should be praised for giving their customers affordable meals. One wonders whether people even think of what they’re eating since Big Mac, medium fries and a Coke are indulged in so frequently that you can’t blame customers for spending more time texting their Facebook friends even when seated with a real live pal who gets ignored. But enough snobbery. 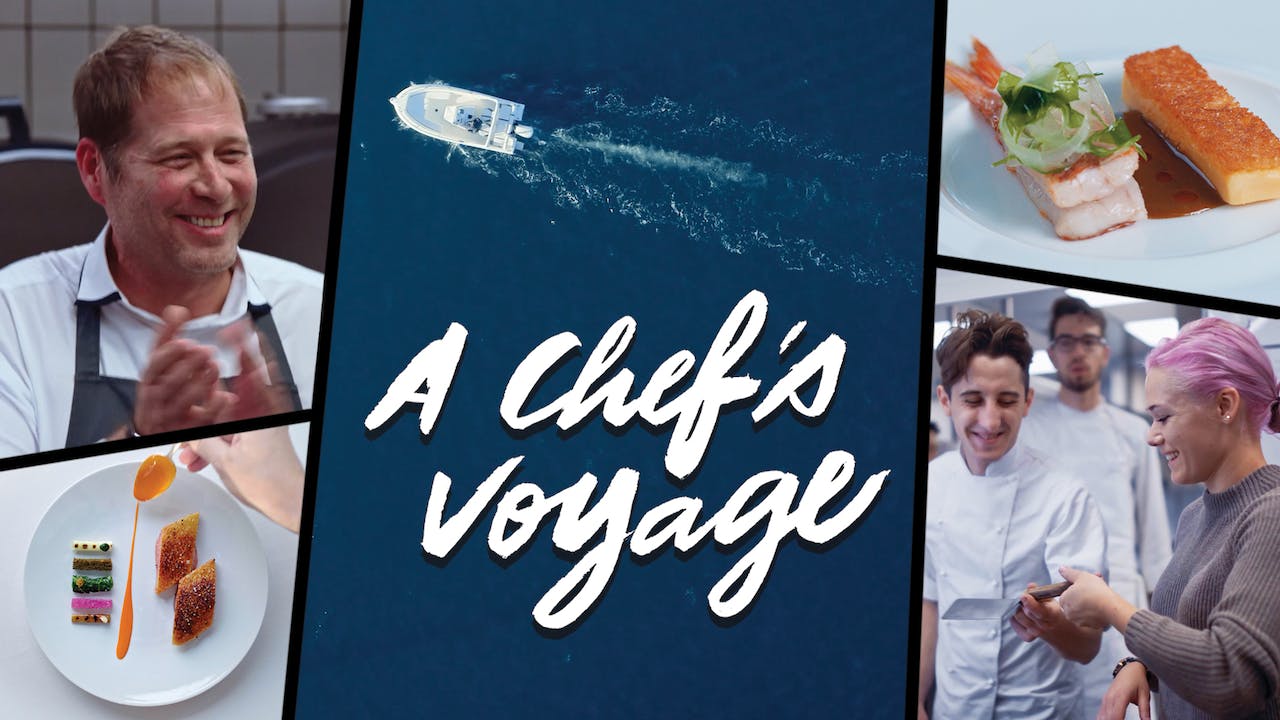 Now David Kinch, the star of this documentary, knows how to refresh and restore his customers and his staff alike, though his cuisine is likely more expensive than a Happy Meal. The red-haired, blued-eyed, scruffy-bearded owner of a 3-star Michelin restaurant Manresa in Los Gatos, California since 2002 also wrote a 328 page cookbook “Manresa: An Edible Reflection” together with Christine Muhlke, but Kinch did not get a coveted third Michelin star by reading someone else’s cookbooks. Though the movie does not bring out his training, he started at New York’s “The Quilted Giraffe” and worked his way up, cooking even at a place in Fukuoka, Japan, learning from the great chefs of Europe like Dieter Müller.

What we do know about David is that he’s quite a personable fellow, speaking to his movie audience with humility, intent on telling us that to get those Michelin stars he needed not only to know how to use ingredients but also to motivate his staff since, “Who wants to train new people every year?” And his staff seems to love him especially since he took this contingent of people in their mid-twenties to France, presumably paying their fare, but that’s not clear. As the group plans the trip—some of whom had never traveled outside the country—they wondered what they should carry and even whether the airport officials would seize the sauce which took five days to prepare, but David assured them to be minimalist: underwear and abalone.

He was invited by top chefs in Marseilles, Paris, and a village Les Baux in Provence to show what he’s got, that perhaps even Californians can teach the great French a thing or two. So, with his own crew, he would get up a seven in the morning to start preparations which, in Marseilles, could mean catching fish which must be used on that same day. As the French restaurateurs look on, he and his young staff would prepare food California style for the customers, whom we never see.

The areas are striking, beckoning us not only to salivate on the food but to walk about picturesque Marseilles whose chefs use olive oil but never butter or cream, the medieval-looking village of Les Baux in Provence, and also Paris, whose chefs make omelets like David with both oil and butter. The owner of the Marseilles establishment emphasizes the need for a staff to respect one another, and allow each person to adapt an identity—a personal style like a film director.

The most savory dish to me is the combination of duck, lobster, clams and mussels which, if soup is added, would be a nifty bouillabaisse.

The film has value to us in the audience less from the food—which may be awesome but you can’t taste it from your movie seat especially if you’re indulging in popcorn. More from watching and listening to David dressed in a sweatshirt with the word “bread,” talk about his experiences, how he grew into loving food, how he worked his way to that coveted Michelin third star, and how, when all is said and done, he can be perfectly happy making an omelet—with oil and butter.