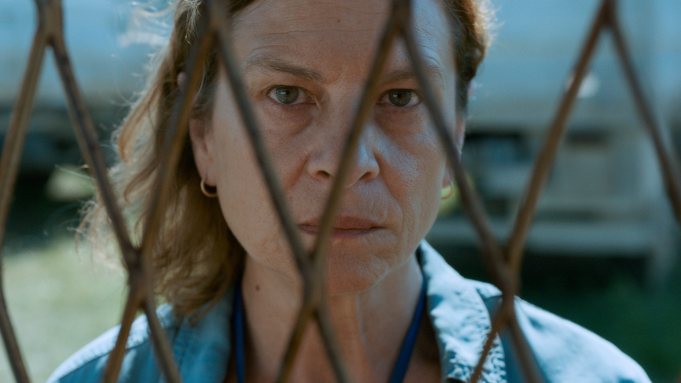 I recall in my high-school days the units on World War 1 and World Was II that emphasized that all wars are caused by four general conditions. They are: Imperialism, Nationalism, Alliances, and the fourth is given the fancy term “international anarchy.” That last item means nothing more than there were no effective peacekeeping forces able to intercede against the warring parties to force them into peace. We do have the United Nations now, the UN does send well-armed peacekeeping forces to war zones, but that international organization has been criticized for its impotence against aggression.

Among the best examples of this deficiency is the genocide conducted particularly in 1995 during a war between Bosnian Serbs who are Orthodox Christians and Bosnian Muslims, sometimes called Bosniaks, who inhabit the same country—itself an offshoot of the former Yugoslavia. Sarajevo-born Jamila Zbanic, who dealt with the Serbian rapes of Muslim women in“Grbavica: the Land of Our Dreams,” brings to vivid life the barbaric killings by members of the Serbian army together with paramilitary units of innocent Bosnian Muslims in the village of Srebrenica. Under the command of the brutal Ratko Mladic (Boris Isakovic), the soldiers emptied out the village, sending up to 8,000 civilians of all ages to the death by machine guns while escorting the women away. (Zbanic does not go into what happened to the women, implying that they may have been given safe conduct though the reality is that they were raped and possibly killed.)

Everything is seen through the eyes of Aida (Jasna Djuricic), the energetic Bosniak interpreter who had been a teacher in the town, called upon now to translate the Bosnian into English for the benefit of the Dutch UN forces. The UN under Colonel Thom Karremans (Johann Heldenbergh) is surprisingly (or unsurprisingly if you are cynical enough) inept, unable to prevent the Serbs from doing whatever they felt like doing, notwithstanding that Srebrenica was called a safe town under UN protection. Given the incompetence of UN peacekeepers, Serb army units did not fear threats to call in air strikes if necessary, which may remind you of how former President Obama threatened Bashir Assad’s Syrian government with military action should the Assad unleash gas during the civil war there, then did nothing when provoked.

Aida acts heroically, negotiating with the Serbs but is furious at the UN for allowing only 5,000 people to remain within a gated area while others are stuck outside. (This is an expensive production as the company has obviously hired hundreds of extras to take the roles of the oppressed Muslims.) But she is human as well, giving special attention to saving her husband and her two boys from being gunned down on the spot.

In the role of Aida, we may find it curious that Jasna Djuricic is Serbian, while one would think that nobody from that ethnic group would be willing to take part in a film that is anti-Serb. The scenes are horrific, the only sentimentalism coming from a woman who gives birth on the grounds. It is impossible to look away, so vividly is the toxic toying by the Serb general of the populace dependent for the lives on his orders.

As for the puzzling title “Quo Vadis, Aida,” the term means “Where are you going,” referring to a legend that Peter comes to a crossroads where the Appian Way meets the Via Ardeatina, which he means the risen Jesus. The reply: “Romam vado iterum crucifigi” or “I am going to Rome to be crucified again.” It’s anybody’s guess how the title applies, but perhaps it means that after the peace, the teacher remains in the town to conduct classes. To be oppressed again?

The film is a co-production of twelve production companies from Bosnia and Herzegovina, Austria, Germany, France, Netherlands, Norway, Poland, Romania, and Turkey.It is the Bosnian entry for best international film in the 93rd Academy Awards competition, and has been deservedly shortlisted into the top fifteen.