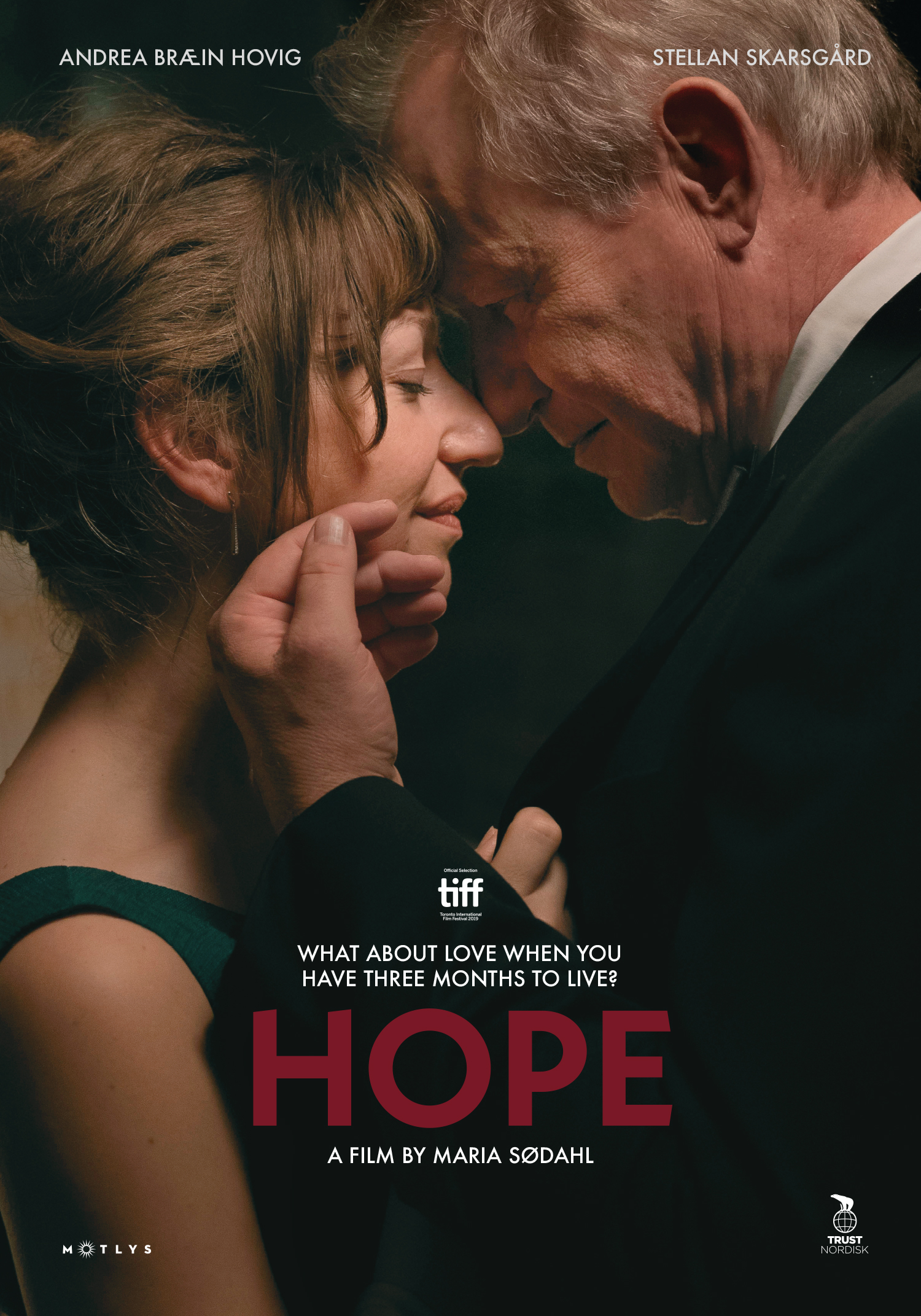 Don’t expect a miraculous cure like the one that Queen Latifah’s character Georgia Byrd is given in “Last Holiday” under a cancer diagnosis. She goes to a posh hotel in the Czech Republic to live it up in her final weeks only to discover that the diagnosis was a mistake. That’s comedy for ya. There is some hope, just some, in “Hope,” Maria Sødahl’s drama of a woman who likely has three months to live, but not really much. After all, this is Norway, and Scandinavia is the home of Ingmar Bergman. Could it be that these people are depicted in so many movies as folks who don’t like to laugh if they can help it?

Norwegian-born writer-director Sødahl’s recent movie “Limbo,” about a woman who moves to Trinidad with her kids and discovers that her husband has had affairs, is only slightly related to the theme in “Hope,” principally the part about an affair. Mostly, this latest contribution, which is Norway’s candidate for Best International Feature at the 93rd Academy Awards celebration, is about an unusual relationship, a partnership between Tomas (Stellan Skarsgård) and Anja (Andrea Bræn Hovig). Both are theater people. She is a dancer and he a theater director, so it’s not unusual to find her executing some choreography in the film’s happiest segment—right at the start. It’s downhill from there as Anja complains of constant headache, sleeplessness, blurred vision to find that the lung cancer that was treated not long ago had metastasized to her brain.

Norwegian socialized medicine being what it is (sorry Bernie), the specialists are all off for the Christmas holidays, so Anja has to suffer the anxiety of an indefinite prognosis. She’s on a powerful steroid meanwhile, which makes her jumpy and particularly sensitive to the callousness of her husband, whose kids from his previous marriage and those from her partnership with him make this a big family affair. Little irritations add up, such as her partner’s inviting guests for Christmas lunch without consulting her.

The partners question how to break the news to the kids, who are of various ages, though she does confess to her best friend Vera (Gojertrud Louis Kynge) who has promised to help take care of the kids if “something should happen” to Anja. Aside from family matters, her two conferences with doctors show different degrees of sensitivity. One tells her not to try experimental treatments such as are found in the U.S. but instead to live it up like the aforementioned Georgia Byrd. The neurosurgeon, said to be the best in the business, wants to go through with the operation on January 2nd, which sets the mood for Anja and Tomas’s discussion about whether to marry on New Year’s Eve. This sets the stage for the film’s major conflict: Anja on the one hand explodes that she should have left Tomas long ago. On the other hand, she is desperate for a closer union with her partner at this time of great stress. Emotional discussions follow between Anja and the children and Anja with Tomas, more than had taken place in all the previous years.

This is a film with a soundtrack that is happily free of Hollywood-style soundtracks to allow a few classical pieces to have a strong effect on the audience. The performances of Skarsgård and Hovig, each having characteristics of both angels and sinners, make this a film that is far from being a saccharine Hallmark offering or a TV disease-of the-week venture. You come away with the feeling that everything taking place in the story is authentic. This is the way mature adults are likely to compress the rest of their lives into days of their most intense distress.