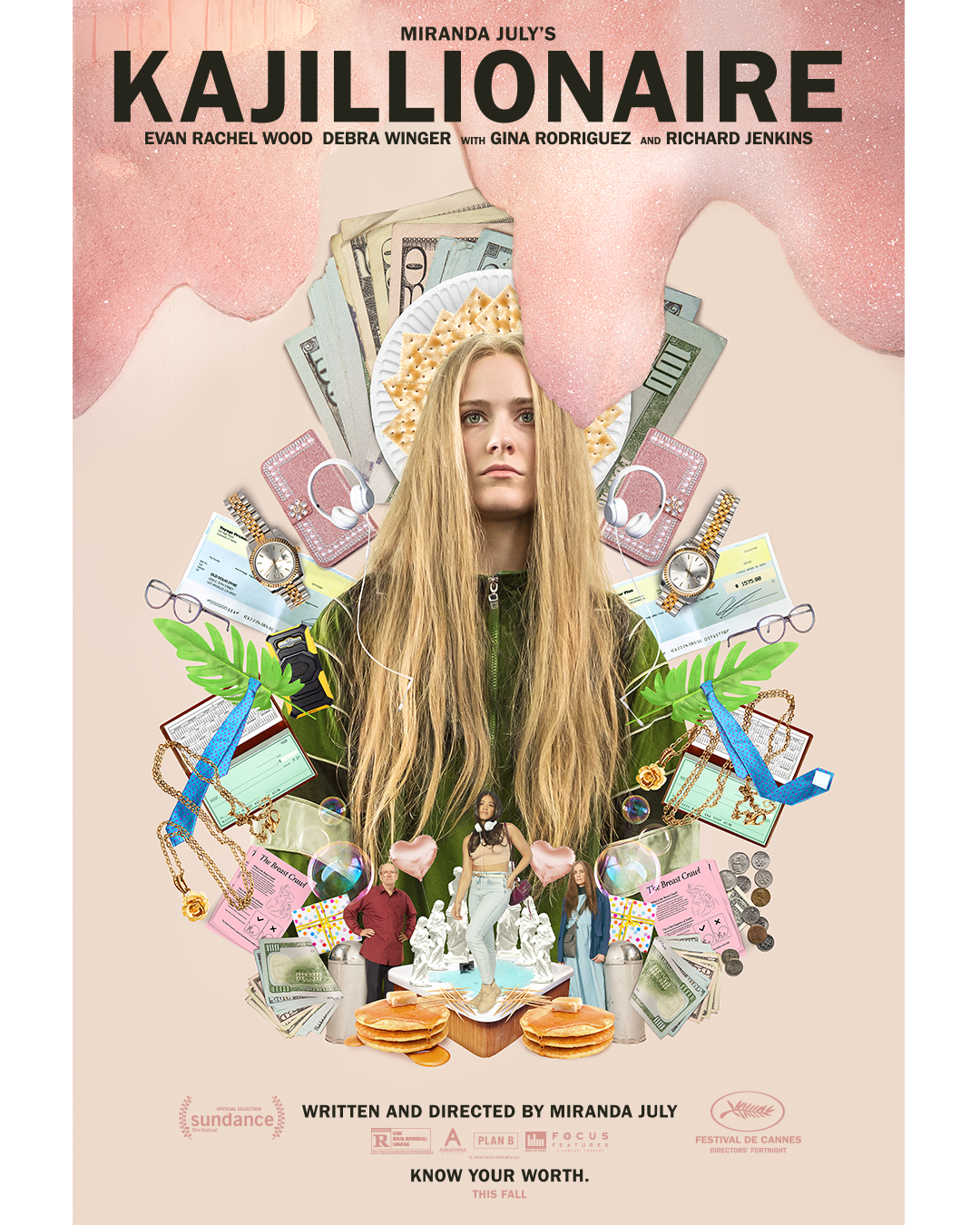 This is a movie for those who enjoyed the bizarre strains of Jared Hess’s “Napoleon Dynamite” about a red-haired oddball running for class president who gets help from a friend, and more particularly for fans of its writer-director, Miranda July, whose “Me and You and Everyone We Know” is about how people struggle to connect with one another in our contemporary world. Though petty crime is a subject, the need for human connection is the principal theme of “Kajillionaire.” The effort of one twenty-six year old girl to see what the normal world is all about makes this a (late) coming of age tale for one Old Dolion—whose very name is a signifier for the kind of strange person her family has made her out to be.

Old Dolio (Evan Rachel Wood) is lacking the kind of love that we in the land of people pursuing happiness should want and expect. Like poor Oliver Twist, who joins a gang of pickpockets and knows little of the world other than that of petty scams, Old Dolio is not only lacking the intimacy parents should provide but serves as a scammer for her father Robert Dynes (Richard Jenkins) and mother Theresa Dynes (Debra Winger). Living in an office building next to a bubble factory owned by oddball Stovik (Mark Ivanir), the three are months behind on their rent of $500—overpriced even for L.A. where the dump should attract only squatters. The con game, in other words, has not been lucrative. What’s more the bubble factory next door leaves mountains of suds on their walls which have to be cleaned off regularly.

One of their most lucrative schemes finds them winning a trio of round-trip tickets to New York, which finds them heading right back to the West coast, claiming $1575 for lost baggage (Dad removes Old Dolio’s from the premises). Squeezed together in threes on the way back, they meet the excitable Melanie (Gina Rodriguez) who becomes a partner in crime with an “in.” At her mall job, she is invited into homes by elderly customers, where she suggests returning to one of the lonely people, a man in bed dying, who thinks that the two young women are family. They quickly appraise the antiques. Having lived in a box, Old Dolio now sees how normal people live and what’s more, a visit to a Positive Parenting class, she learns the kind of tender loving care that good mothers should give to their little ones.

Evan Rachel Wood, best known by large segments of people for her role as Dorothy Abernathy in the TV episodes “Westworld,” is a gifted actress whose performance here is matched by that of Gina Rodriguez, known for a similar role of female friendship as Jenny Young in last year’s “Someone Great.” As I specified earlier, this film is for a special audience who enjoy the kind of quirkiness that in a repetitious, roundabout way (in this case) a woman in her mid-twenties experiences the real world for the first time as though trapped all her life by a perv kidnapper. Not for me.