Why is Joaquin Phoenix a producer of this movie? That’s a no-brainer. As a vegan (no meat, fish or dairy) he is one among a fair number of actors who allege to be against breeding and eating animals, including Alec Baldwin, Alicia Silverstone, Betty White, Casey Affleck, Ellen DeGeneris and many others. They are putting their mouths where their beliefs are, projecting their love of what most of us consider “product” or “objects” but which they presumably consider subjects with their own lives. Like we human animals, these four-legged and two-legged fellows and even a one-legged chicken in this movie also like to mate, to suckle their babies, to protect their families, and to do what they have been created to do. (Dogs sniff, roosters makes the sun rise, piggies cool off with mud baths.)

“Gunda” may not be an animal rights movie like “The End of Meat,” “From the Ground Up,” “Death on a Factory Farm” and “Food Choices” but makes its points in ways more subtle than what PETA’s Ingrid Newkirk considers effective. (Newkirk’s statement that “A rat is a pig, is a dog is a boy” may be insightful but is not likely to win converts.) Victor Kossakovsky, who co-wrote and directs, focuses regularly on documentaries like “Russia from My Window,” which shows things in St. Petersburg that usually go unnoticed. He does not speak atop a soapbox here, in fact no human speaks at all. “Gunda” is black-and-white, dialog free, and sumptuous.

The film was shot on farms in Britain, Spain and Norway. While three types of farm animals are on display, the pigs are the stars, the animals that hog the limelight, that ham it up to the extent that they can. As seen in high-contrast black-and-white throughout with not a single human in view, “Gunda” shows an enormous sow at the moment a litter of piglets emerges, a dozen or so, button-cute. They compete to drink mother’s milk, happy that she has a generous number of teats, and she in turn takes care of her brood. They follow her around like ducklings paddling after their mom. Sometimes she nuzzles them with her large snout. They all have the run of the farm, and yet often prefer to go indoors through an opening that could barely fit the mom, who has to bend in the middle to squeeze in. They are a lot better off and happier that they are not among the 90% of pigs that are factory farmed, unable to move a muscle as they lie in their crates.

They are an intelligent animal, more so than dogs, and in some cases make good pets who learn quickly and do not bite. Though the farm is the best place for pigs, every morning, noon and night here is like the previous morning, noon and night, month after month, year after year, which may be the origin of the term ground-hog day.

As for the cows and the one-legged rooster that take up the attention of the filming crew, they are, what’s the best word, “meh.” So…if you really really really want to know what it’s like to be pig or a farm animal in general, since you can’t actually be “pig for a day,” the next best thing is to watch the movie. I can’t think of any other film like it, which doesn’t mean it will get your pulse pounding or have you in stitches. 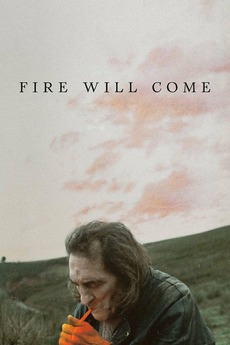