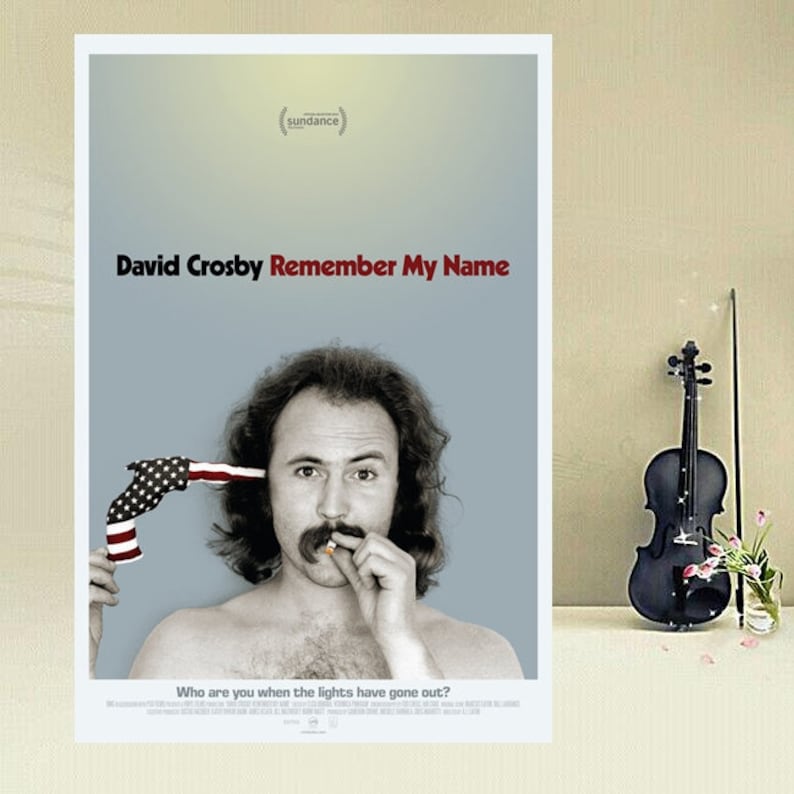 When your time is running out or even when you’re on your deathbed, you may confess to things you never admitted before. The evil that men do, according to Shakespeare, lives after them but perhaps coming forth and admitting your sins will give the public a better opinion of you. You can discuss the ways you screwed up your life and hurt others, confessing to your priest, to your victims, or to a movie production. This documentary is such an attempt by David Crosby, formerly of the Byrds and then of Crosby, Stills and Nash, who is enlisted by A.J. Eaton to be his interviewer, to go over his current politics and even give him a stage to allow us to remember his contributions to folk rock. We note that even today, at the age of 77, he has kept his vocal qualities enough to perform concerts and attract an audience.

As he sits with A.J. Eaton, who is knocking out a debut as director, Crosby, sporting a dropping mustache and long, stringy white hair covered by a wool cap, sits back and confessing (bragging?) about the well over one hundred women with whom he had affairs, However he did not hurt women the way you and I may have done: he got many of them into drug addiction. From all the women, he truly loved Christine Hinton who died at age 21 in a car accident, and carried on a tempestuous affair with Joni Mitchell, known by fans particularly for her “Woodstock.” Falling in love with Joni was like “falling into a cement mixer,” which serves as either a compliment or otherwise depending on your interpretation.

Crosby’s affinity for show business was passed down from his father, Floyd Crosby, a cinematographer best known for shooting the iconic Western “High Noon” in 1952, when Crosby was twelve. Step by step with archival film throughout, Crosby takes his interviewer through his days with The Byrds, which allowed him to hang out with the Beatles, getting him into the kind of music that is a bridge between the folk interpretations of Pete Seeger and The Weavers and the varieties of harder rock that followed. He later took up with Stephen Stills, Graham Nash and Neil Young, founding Crosby, Stills, Nash and Young. Here he laments that, as with the women he hurt, he no longer speaks with the partners of this well-known band.

My big regret is that notwithstanding the conventional archival shots, many of which may not have been seen previously, we could have seen more examples of the works of CSNY performed on stage, particularly “Suite: Judy Blue Eyes,” “Helplessly Hoping,” and “Marrakesh Express.” These albums are available on Youtube and are recommended particularly for those of us who are under sixty and want to see what the Woodstock generation was all about.