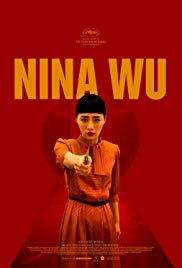 Could it be that even in faraway Taiwan, the people who make films are inspired by the justice meted out to Harvey Weinstein? If only it were true that the former Miramax producer is the only man to take advantage of his power in assigning roles to women, but we suspect that some men, not all, I’m told, will use whatever authority they have to ease or frustrate the ambitions of women whose careers and even their very lives rest in the hands of manipulative people with power. In the Weinstein case, the jury had little reason to doubt the testimony of women he is accused of exploiting sexually, though some have waited two decades to come forward, since Weinstein would allegedly threaten to blackball any woman who resisted his advances so they will never work in Hollywood again.

Now comes Midi Z, the Myanmar-born director, whose “The Road to Mandalay” about two Burmese who flee from a government with a succession of authoritarian political leaders to find new opportunities in Thailand, shows him eager to enlighten the public about class struggle. Morever Ke-Xi Wu, who appears in almost every scene, also co-wrote the drama, indicating that for her this is likely a personal film. The woman she portrays projects her depression, her very post-traumatic stress after a single event that changed her life and pushed her down the road to terrible fantasies and paranoid notions. She handles the role with so much fervor and such authenticity that we cannot help thinking that she is portraying actual events in her own life or outright delusions.

Having played on the stage in her rural town, Nina Wu seeks to advance her career by moving to Taipei. She has to settle for bit parts. She is getting older and yet hesitates when her manager suggests the chance she has for a big role in a 60’s thriller provided that (he is diplomatic about this) she is willing to play sex scenes with full frontal nudity. Wu, who spends a good part of the movie projecting psychological conflict and neurosis, gives it some thought and goes for the gold. She is not aware that playing a part like this is the least of her problems. She suspects that the producer of the film is either not too right in his head or simply taking advantage by lining up six actresses, humiliating them by asking them to play dogs and drink wine while they are doing this. All six go along until the competition comes down to two, just like the current Democratic candidates rivalry. One woman, her chief opponent, remains on all fours, looks up at the producer, and states that she would do anything. Does Wu have a chance against that?

The scenes involving Wu’s sick mother and financially unwise father, are really unnecessary. They do not further the plot except to make us wonder whether Wu inherited some of her dad’s recklessness. The story does not progress in chronological order, handing us the key scene near the end, the one that makes us realize what turns Wu’s paranoia over the top. Some of the action is Wu’s fantasies acted out, or are they? What about the one in which the person giving her a beauty treatment threatens her, accusing her of getting the role despite being not as meritorious an actress as she? How about the fantasy of the nurse who climbs into her mother’s bed and begins to strangle her?

We can assume that Midi Z gives his principal performer much latitude in this feminist tale about one of the world’s industrially advanced nation that like America has no problem putting men and women on the screen in suggestive poses. Some men who have seen the film say that they felt pain in having to watch what women have to go through. This is one of those stories that could find men with dates hiding under the theater chairs, ashamed of what people of their gender do to the fair sex. Outside of the extraneous scenes mentioned here, “Nina Wu” has the feel of a psychological thriller, all actions both physical and emotional bearing the soul of the actress-screenwriter.

Behind the lens, Florian Zinke throws in a good look at the city of Taipei and one of its neighboring villages. The picture is in Mandarin and Taiwanese.