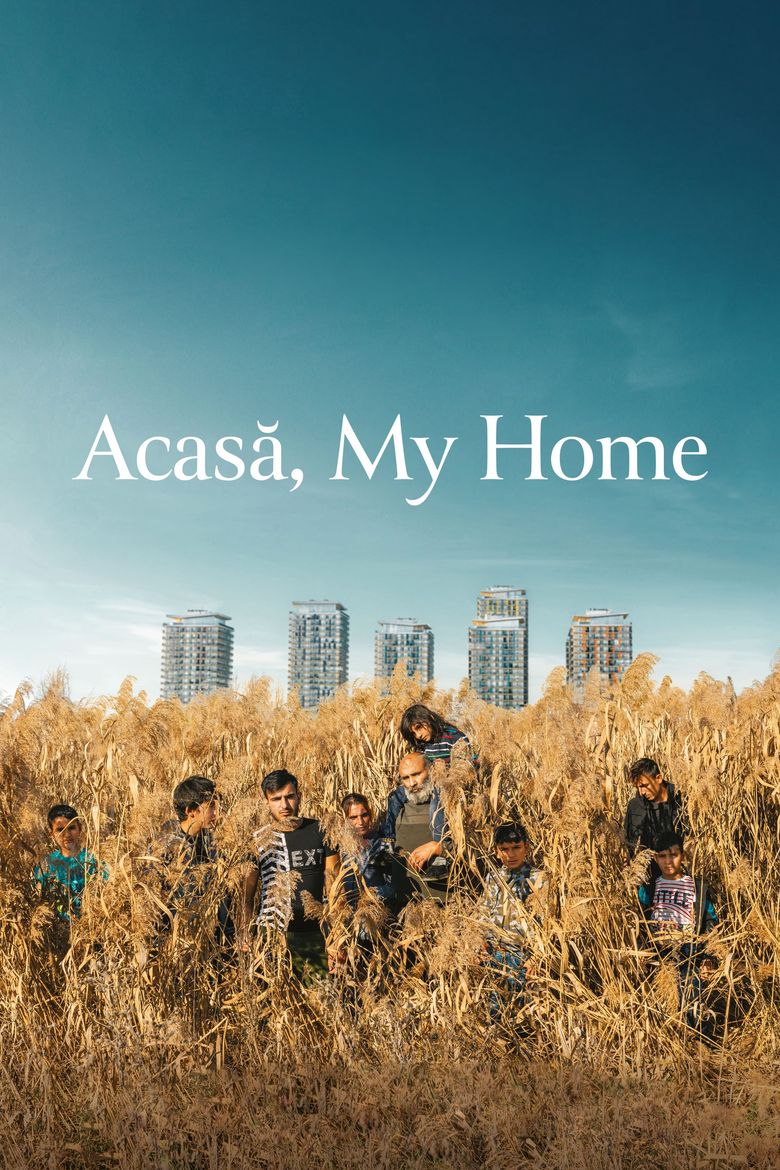 You can take people out of the country, but you can’t take the country out of people. This appears the point of “Acasa, My Home,” as described by co-writer and director Radu Ciorniciuc, whose “I Stay Home” became the first movie about Italy’s reaction to the Covid. Not that Gica Enache and Niculina Nedelcu are bringing up their nine kids in a Romanian Walden. The doc challenges viewers to question whether living in primitive conditions just a hop, skip and jump from busy Bucharest can be the preferred abode for people who are by any standards without the accoutrements of civilization. As Mercia Topoleanu and the director’s lenses take the long view—big buildings within walking distance of a wilderness including a stunning birds’ eye view—you might think the film is a sequel to M. Night Shyamalan’s “The Visit,” about people living seemingly in the 18th century while hidden and protected from modern technology.

Filming over four years, Ciorniuc, a journalist, watches the nine kids ranging in age from eighteen near the conclusion of the story to a couple of infants, utilizing their quarters, swimming and fishing in Lake Vacaresti. The oldest Enache child sells the fish in Bucharest, then retreats to the wilderness to enjoy the fry of the evening. They are wholly unschooled and none the worse, at least while they have what they think the need, though one wonders how they get alone without Charmin. But they have one another, which is fine until city life threatens.

A group of social engineers approach. The eleven folks are told that a nature park is planned on their land—not exactly theirs since they’re squatters—and they will be moved out. The politicians planning the largest such park in Europe lie to Gica, promising to make him a park ranger. How do we know they’re lying? They look like the politicians that they are. They even host Britain’s Prince Charles in a cameo, shoveling some dirt to begin the work.

Surprisingly for a poor country, the social workers have a place in Bucharest for them to stay, and it’s not bad at all, though they’re told that that the government cannot afford electricity, promising to re-house them as soon as the budget permits. By the time the eldest boy in the family is eighteen, he is asserting his independence, challenging dad for bringing them up poorly without schooling. Yet the father doesn’t like his new life, howling that he still does not like “wicked civilization” where he was once a chemistry lab assistant, and is determined to go back to a state of nature.

Among the big shots in addition to Prince Charles, the Prime Minister visits, makes the usual speech boasting his project, while Gica insists that he is on their level: “I have nine children; I’m not a nobody.” The rich become prime ministers, the poor have babies. Nobody’s starving. The kids catch birds with their bare hands, though one lucky duck is released. A pig is squealing, running hopelessly away from the gang of hungry people chasing it for the last time. Ultimately, it’s paradise lost, though one son, Vali, gets a job working construction on the new park.

This is a heartfelt documentary which obviously has had the cooperation of the eleven-member family through the four years of its making, a film that tackles themes of nature vs. civilization, child-rearing without Dr. Spock vs. ruling by the book, social engineering vs. letting it all be. The language is Romanian with adequate English subtitles.