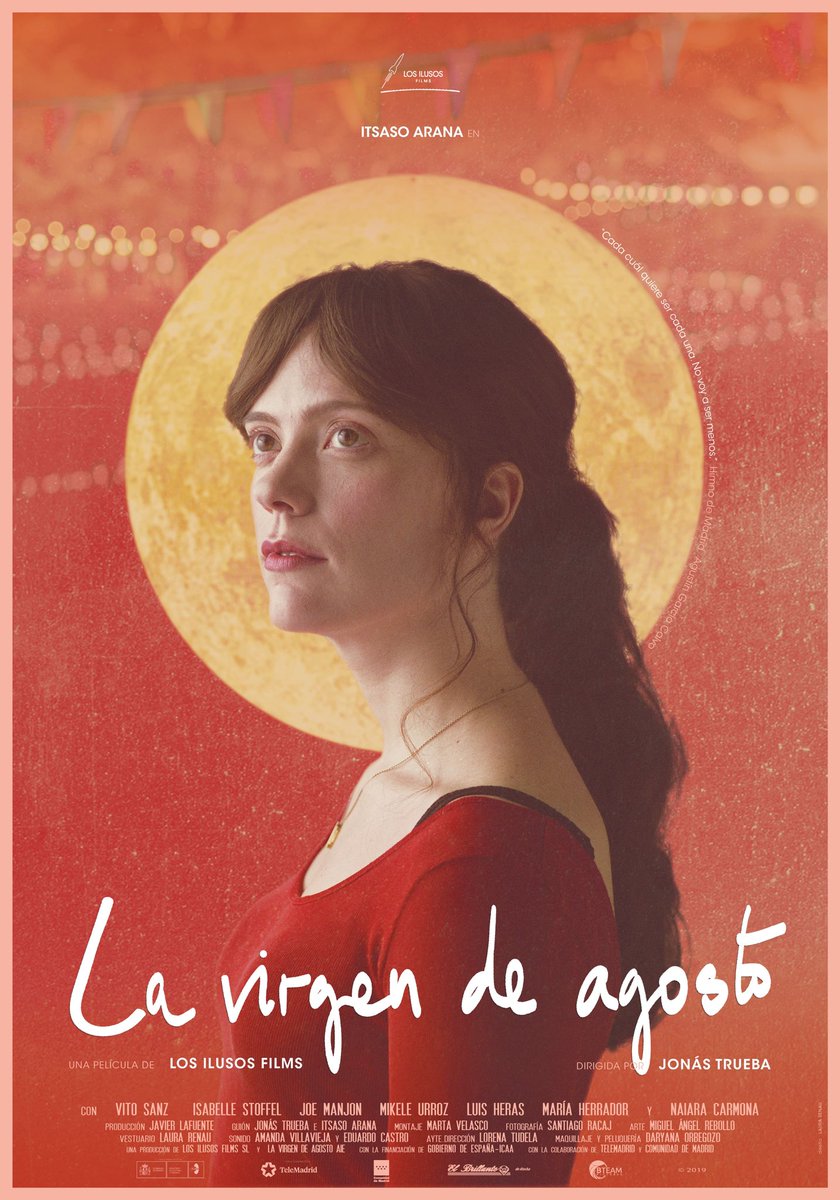 Francisco Franco is turning in his grave, but that’s nothing new. The Fascist former dictator of Spain who took over the reins of government in 1939 after a bloody civil war is in hell, where Satan is forcing him to watch scenes of the new Madrid, the new Barcelona, places where even in 1972 when I visited, my wife’s travelers’ cheques in her own name could not be cashed without my written permission. Now all of Spain swings, the youth generation enjoying the freedoms which America is steadily losing under the thumb of our own Fascist-like leader. Eva (Itasaso Arana), the principal character in the film “The August Virgin” is testing this new abandon in Spain though is no longer eighteen to twenty-one years old, the years when college students engage in all-night bull sessions, aiming to discover the purpose of the universe.

Think about Eva, the primary focus of this tale told by the thirty-eight-year-old Madrid-born director whose third film, “The Romantic Exiles,” centers on three friends exploring and enjoying life, all to the end of showing the audience the joys of friendship and commitment. By co-writing and directing “The August Virgin,” he unwinds a story that resonates with his own existential condition, as he is in his thirties and a Madrileño. Eva, who has a background as an actress, is thirty-two years old, no longer committed to her former lovers, who wonders, like the rest of us, “Is this all there is?” Determined to reboot her life, to challenge herself to get out of her comfort zones, she behaves like someone still in college or trying to “find” herself belatedly. Many of us would consider the thirties and beyond too late to find the passion we may have had a decade earlier. To do this she leaves her living accommodations away from the center of Madrid, renting a room on her own, directly in the center. Giving herself the month of August to reconnect with life, she goes into the street during a month that the local people are away in Italy, Greece, whatever, though from what we see through Santiago Racaj’s photography is a bustling city filled (it seems) mostly with young people.

At first, without seeking men out, she and a girlfriend are flirted with by two Brits, one who has been teaching English for the past ten years, the other a Welshman who is visiting his friend. Nothing much comes of this save for a day or two of tentative friendship. At the cinema, she overhears two women of about her age discussing thoughts about having children. One is involved with a holdover from the late sixties and early seventies. She speaks of Reiki chakras—a laying on of hands with the aim of healing. Eva invites her to cast her spell on her. Eva’s major encounter, though, is with Agos (Vito Sanz). In the same way that she had taken the first step in introducing herself to the healer, she sees a gent about her own age staring at the water, smoking, and thinking that he may be contemplating jumping in, since he stands at a forbidden area closed to the public. She makes the first move. She sees him again mixing drinks behind a bar, walks with him back to his flat, and suggests to him that she might want to rent a room therein.

The director has sometimes been compared to Érich Rohmer, whose “My Night at Maud’s” is about a puritanical engineer marooned in a snowstorm who takes refuge in the apartment of an attractive divorcée. She tries to seduce him and fails: they spend the night shooting the bull. In other words, Rohmer’s film, like others of that director, is more talk, less action. We come away with the same thought from “The August Virgin,” whose title makes sense near the conclusion with a religious reference, signifying that you may invite each day without preconceived notions. That is the best way to discover new things, the spice of life. The tale is well acted by Itsaso Arana, who is also the co-writer, and should appeal to patient, intelligent people who are willing to forget that every film, theater piece and novel must contain conflicts. Eva may have internal conflicts, but without the usual ones—human against human or human against nature, “The August Wife” is, in the end, dull fare. Still, it could make you dream of a visit to Spain (when the Covid is over, of course).