The Pennsylvania Dutch have an expression, “Ve get too soon oldt undt too late schmart.” Keep this in mind when you view this small movie which is sentimental but not saccharine and which may offer insight into people that millennials in America consider to be irrelevant oldsters. People like Edie (Sheila Hancock) are never seen in commercials because folks in their seventies and eighties are not considered cool, and in fact if you look at commercials from Macy’s, our country’s largest retail store, you get the idea that everyone over thirty has gone the way of Logan’s Run.

Edie has become old. She spent the last thirty years caring for her husband who, resulting from a stroke, had not spoken or walked. Nor did she love him, as she explains to her daughter Nancy (Wendy Morgan), and now that he’s dead, she feels a sense of relief—nothing like what the psychoanalysts say is the most stressful event that an happen to a surviving spouse. She is fed up with Nancy’s insistence that she enters a nursing home, an absurd idea since she can obviously take care of herself. She proves this with points to spare in Hunter’s movie.

Hunter has apparently been inactive in the cinema community, having last directed “Mutant Chronicles” in 2009 about a 28th century soldier fighting an army of underworld mutants. Such a film does not prepare you for “Edie,” which, though featuring a woman battling nature as Major Mitch Hunter battled mutants is well rooted in the modern day. You might come away from this picture figuring, “Hey, this Simon Hunter knows not only how to direct women but is a man who with the help of co-writers Edward Lynden-Bell and Elizabeth O’Halloran getd right into the mind of an octagenarian.

Looking at an old picture postcard featuring a scene from Scotland’s Mount Suilven, she sets her mind on climbing it, though tour guides recommend allowing ten daylight hours to do the 2400 feet. Nor would most guides suggest that someone like Edie try the climb particularly given the arrival of nighttime and the pouring rain for which Scotland is known. Happily, she meets and bonds with Jonny (Kevin Guthrie), who plans to open Scotland’s largest camping store, a young man who at first thinks like Edie’s daughter Nancy but ultimately assists her in reaching the peak.

Sheila Hancock in the title role is a wonderful British actress who in this movie knows how to play the cantankerous biddy when she mistrusts someone but who can open up when a young man pays attention to her as does Jonny’s friend McLaughlin (Paul Brannigan). It’s important to note that contrary to our present time when women have proven themselves capable of running corporations and joining the bid to become president of the U.S., those who came of age during the 1950s like Edie were indoctrinated with their role of cooking, cleaning, and living for their husbands, children and grandchildren.

Cinematographer August Jakobsson photographs the landscape in tourist brochure mode, somehow finding the entire area almost free of other climbers and campers, which is exactly what Edie had hoped. The friendship between an 84-year-old woman and a lad over fifty years younger is convincing and heartwarming in a project that should make women (especially) to realize that they need not wait until their final segment of life to get off the couch, put down the iPhone, go outdoors, and welcome the thrill of nature. 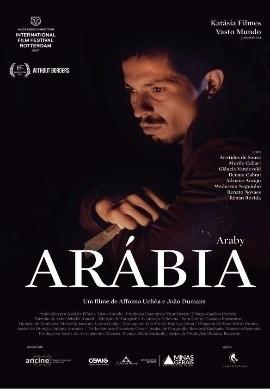