We go to movies to see stories of lovers and criminals, cops and robbers, Batman and Robin, but who would think that a story about a writer could be both funny and sad, bubbly and mournful, especially about a playwright whose magnum opus is known by everyone but whose name slips our mind? With “Cyrano, My Love,” director Alexis Michalik, a handsome young fellow with a long résumé as an actor, slips into the director’s chair with a first feature that mimics the trajectory of Edmond Rostand. With this wonderful, effervescent movie, Michalik hits pay dirt much like Rostand, a Parisian who, in 1897, had not written for two years only to rise above his station. Filled with both boisterous moments and expression of deep loneliness, “Cyrano, My Love” finds Rostand at age twenty-nine in Paris, desperate for money to pay the rent and to support his wife and two kids.

Rostand, given stunning new life by newcomer Thomas Solivérès, shares the glory in this film with Olivier Gourmet in the role of noted French actor Constant Coquelin, who is about to take on the costume, the poetic wit, and most of all the nose of Cyrano. Herein is a fanciful re-creation of Rostand’s struggle to make a name for himself after the turkey he had written for Sarah Bernhardt (Clementine Celarie). Since necessity is the mother of invention, Rostand’s recovers his ambition and his hopes, investing everything in a new play that seems unlikely to draw much of an audience given his previous flop. Enlightenment comes from the local restaurateur Honoré, a black man, who suggests the plot lines for Cyrano, holding that like Honoré, Cyrano has been treated like an insignificant soul.

Since a cardinal rule is to write what you know, Rostand bears witness to the plight of his friend Léonidas Léo Volny (Tom Leeb). Volny is in love with a theater costume designer Jeanne (Lucie Boujenah) and, given his good looks should be able to connect with the pretty young woman. But looks aren’t everything (or so some people think). Volny is unable to speak what he feels, and what a woman wants in Paris at least during the fin de siècle is a lover who can sweep her off her feet with words, verses preferred over mere prose. By contrast, Rostand is flawed with his ordinary appearance, his only hope lying in his words. While Volny pretends to speak passionately with Jeanne, who stands on a balcony, Rostand hides beneath delivering Volny’s words of love, making Jeanne fall in love with the poetry.

This being Paris, love and sexuality are more open than they had been for, say, the U.S. during the 1950s, which makes one wonder why the City of Lights needs brothels at all. Director Michalik, who by the way takes on the role of George Feydeau known and celebrated for his one-act farces, chooses to shoot a scene in a brothel which he could have left on the cutting-room floor, perhaps spending more time fleshing out some of the minor characters like Feydeau and some of the women including Mathilde Seigner as Maria Legault, who in the re-enactment of the play falls twice through a trap door, and Rostand’s wife Rosemonde (Alice de Lencquesaing), who fears that the passion in her marriage is gone.

This is an expensive production given the hundreds of well-dressed extras that fill all of the theater’s 1050 seats and the rentals of expensive costumes probably from the Barrandov Studios in the Czech Republic where much of the movie was filmed. “Cyrano, My Love” is a fast-moving comedy-drama that builds excitement from the scores of mishaps that threaten to close the play even before opening night, including a police action that would ban the presence of the title character and the disappearance on opening night of a major player. However the show must go on. See this obvious crowd-pleaser for scenes that are partly highbrow but with a strong emphasis on the down-to-earth hilarity that can be appreciated by theater snobs and groundlings alike.

Josephine Decker’s latest film is emotionally explosive to such an extent that “Madeline’s Madeline” could be called a stab at expressionism.  Expressionism, which is better known in painting and theater than in the cinema, is the practice of revealing an emotional inner life rather than an objective impression of the world, and has been used most effectively on stage in such works as Elmer Rice’s “The Adding Machine.”  As the taut bundle of inner turmoil, Decker’s “Madeline” is played by a newcomer, Helena Howard), who lets loose with all her inner demons, a role reversal in which she plays her mother, Regina (Miranda July) during a rehearsal by a New York theater group under the direction of Evangeline (Molly Parker).

Decker is in her mystical métier, having made the film “Butter on the Latch,” wherein fantasy plays with reality at a California camp as a camper sings about dragons who entwine themselves in women’s hair and carry them off through the forest, burning the trees as they go.

At base, the film is about the theater director’s use of a mentally ill title figure—seen in the opening when a blurred figure of a nurse talks to the 16-year-old.  Since her prescription for possible schizophrenia has run out, there’s no stopping Madeline from expressing her demons during a rehearsal where she is utilized by director Evangeline as her principal performer.  Madeline uses her own paranoia with touches of anorexia to give her all to the part during the improvisations attempted by the theater group.  Like other members of the troupe, she acts out the part of a turtle.  She also dons pig’s masks as though rehearsing for Greek tragedy.  In the most excoriating scene she gives her mother hell, the middle-aged now single woman having to walk out despite the congratulations that the young actress receives from the director and the troupe.  Her acting is so dramatic—both within the stage rehearsal and in the film itself—that the director invites her home, where she declares to the director’s husband that she is determined on her 17th birthday to lose her virginity.  She makes it fairly clear that the husband George (Curtiss Cook) is her choice to be the lucky guy.

Race plays a role as well.  Madeline’s mother is white; her daughter is black.  At one point the teenager, hearing the mother tell her that the young woman is “different,” wonders whether she is honing in on the girl’s race.  This becomes part of the tension released by the girl in her role reversal, contributing mightily to Madeline’s explosion of theatrical emotion.  Joys of motherhood indeed.  As for the two older women, Evangeline and Regina, particularly involving is the former’s attempts to pull her star student away from her mother’s influence and into her own inner circle.

One would not be surprised if members of the audience, particularly critics, would find Helena Howard’s performance among the great débuts of recent years—which could catapult her into notice by awards organizations voting breakthrough performance at the end of this year.  Nonetheless, “Madeline’s Madeline” is so experimental, so non-linear, with photography often deliberately blurred, that a positive reception by a majority of ordinary film-goers is hardly guaranteed. 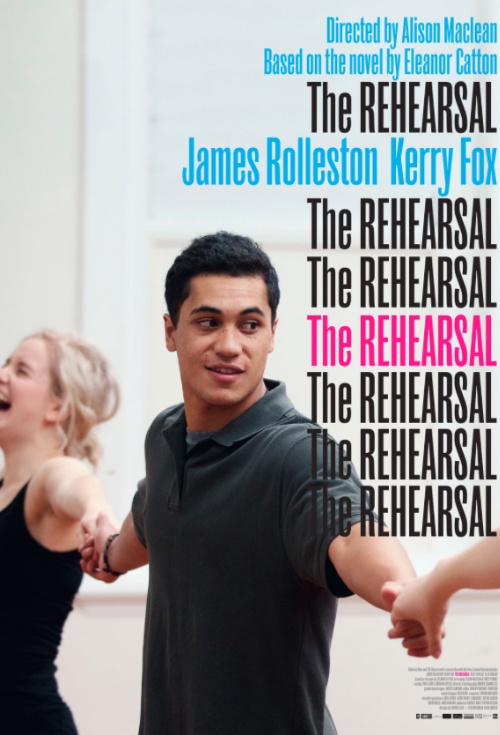